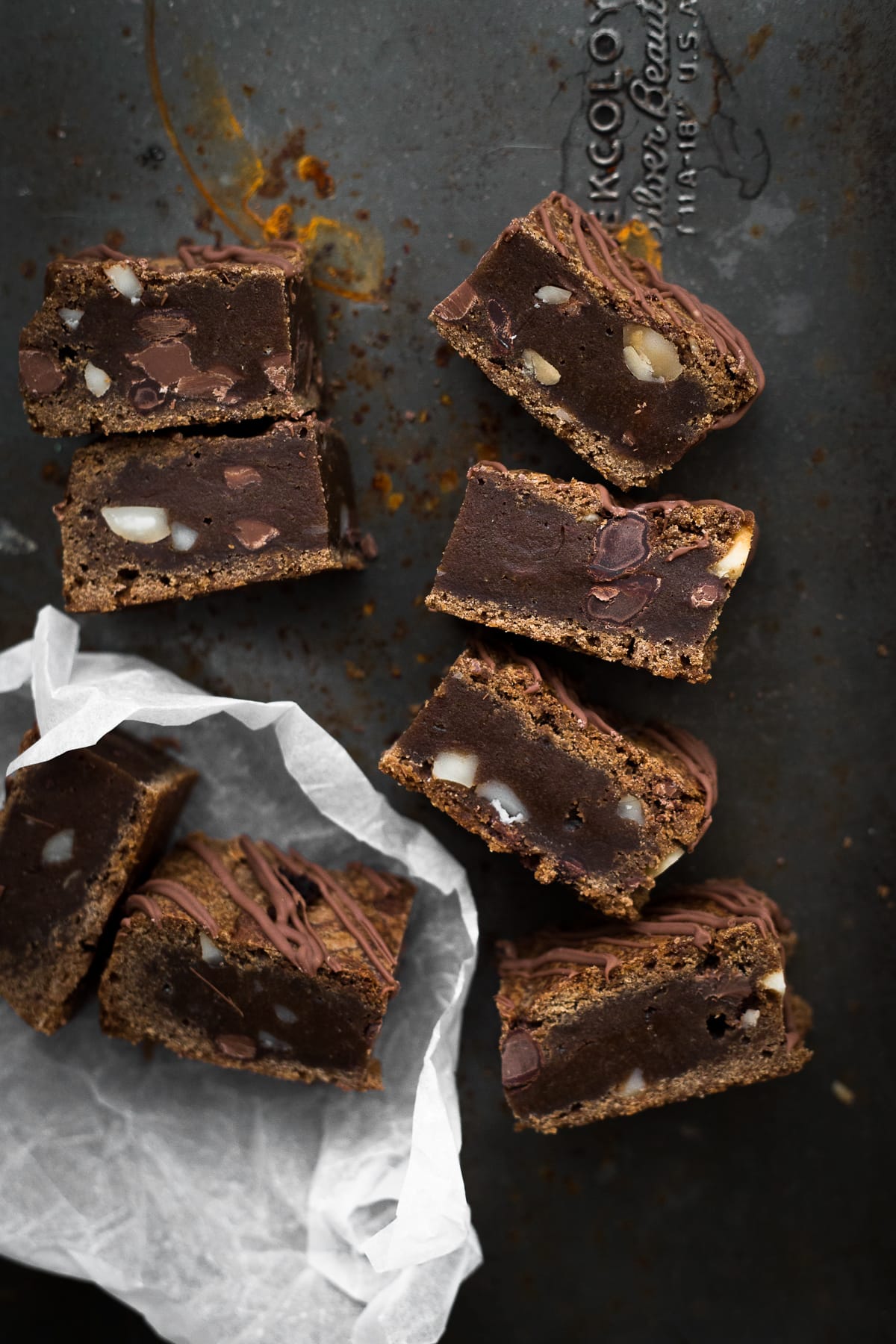 Am I the only one who prefers blondies to brownies? Don’t get me wrong, I love a good fudge brownie just as much as the other gal, but if you’re looking for a shortcut to my heart, blondies take the cake. Pre vegan or plant based days, I had my go to blondie recipe – one that was fudgy, gooey, perfumed with hints of caramel from Dark Muscavado Sugar and crackly on top – the perfect blondie! Now if only I could create The Ultimate Chewy Vegan Blondies. 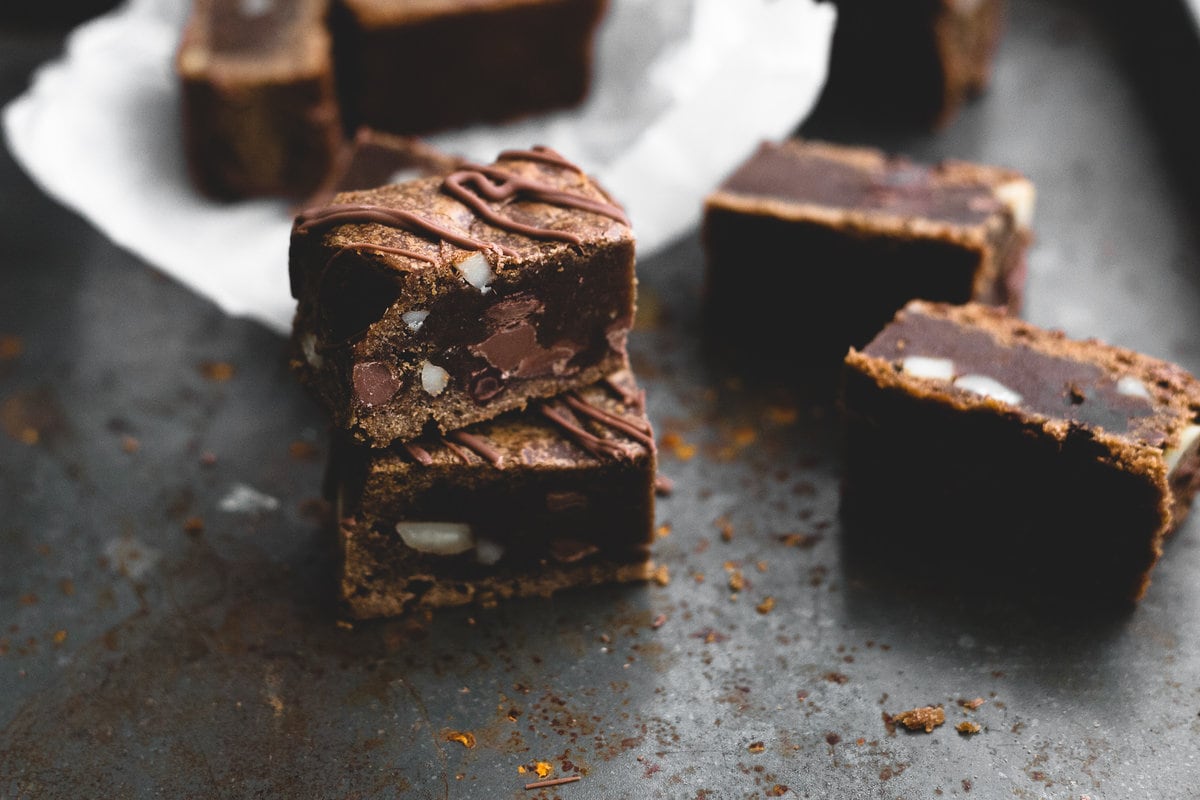 I haven’t made the recipe in eons, but I figured it wouldn’t be too hard to veganise. The base ingredients are easily swapped out for vegan alternatives – Vegan Butter instead of Dairy Butter, Vegan Milk/Dark Chocolate instead of regular. The only thing that perplexed me is what I was going to use as an egg replacement in my Ultimate Chewy Vegan Blondies.

As much as flaxseed meal is my usual go-to for egg replacements, I wanted something that would really aid in retaining moisture and fudginess for these chewy blondies. I went ahead and tried using mashed Sweet Potato to replace the 1 egg my recipe called for, and lo and behold – it actually worked! Sweet Potato already contains notes of caramel, which added to the recipe without making it taste like…well, sweet potato. 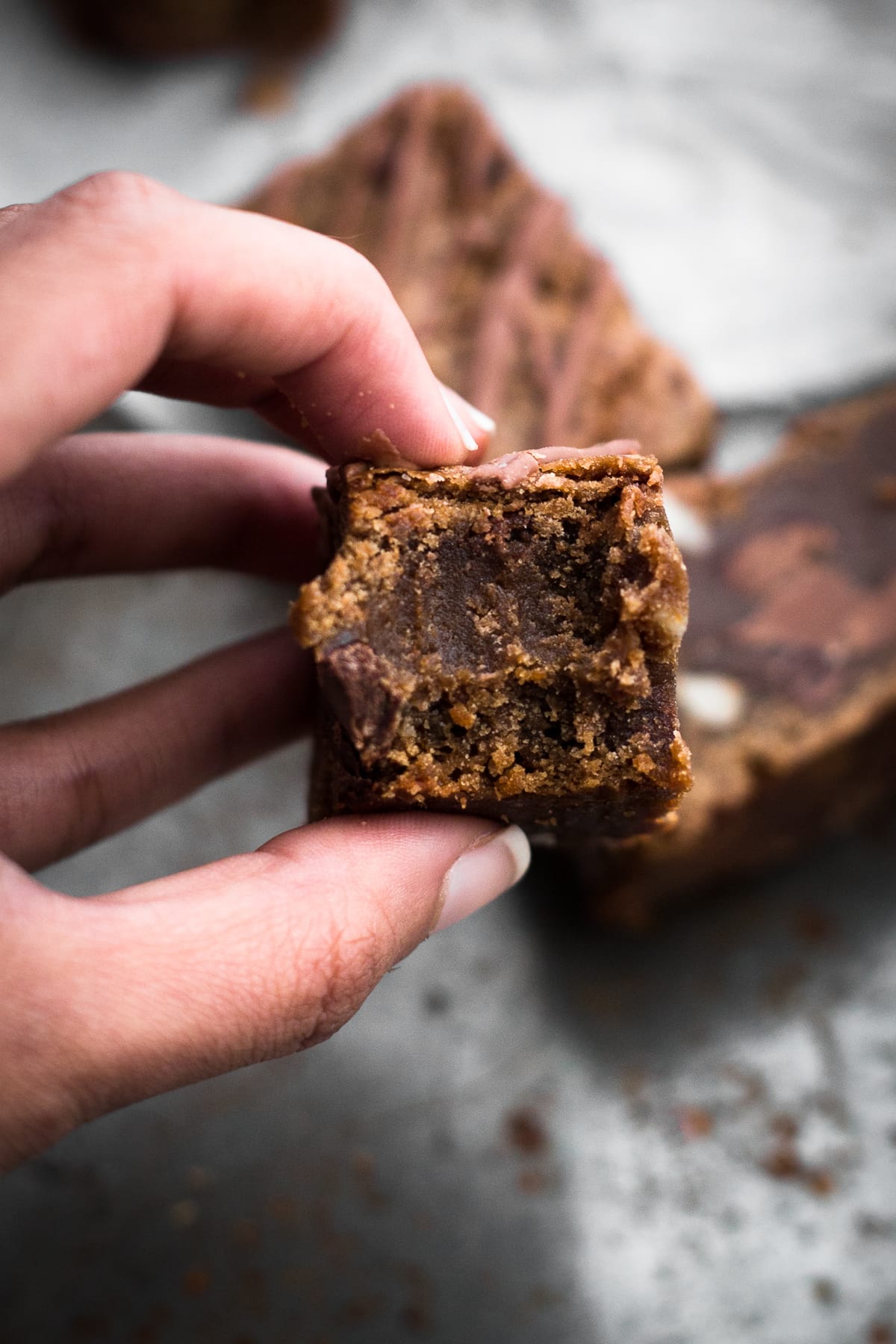 And so I present to you, these Ultimate Chewy Vegan Blondies. All you really need is Vegan Butter, Coconut Oil, Dark Brown Muscavado Sugar, Vanilla Extract, Sea Salt, Plain Flour and a little mashed Sweet Potato. Into the batter goes a hefty amount of chopped Vegan Dark AND Milk Chocolate, and straight into the oven it goes for a mere 25 minutes. Really fu*king easy, and really god damn delicious! I won’t ramble on anymore, so scroll down to grab the full recipe. I hope you enjoy it as much as I did! 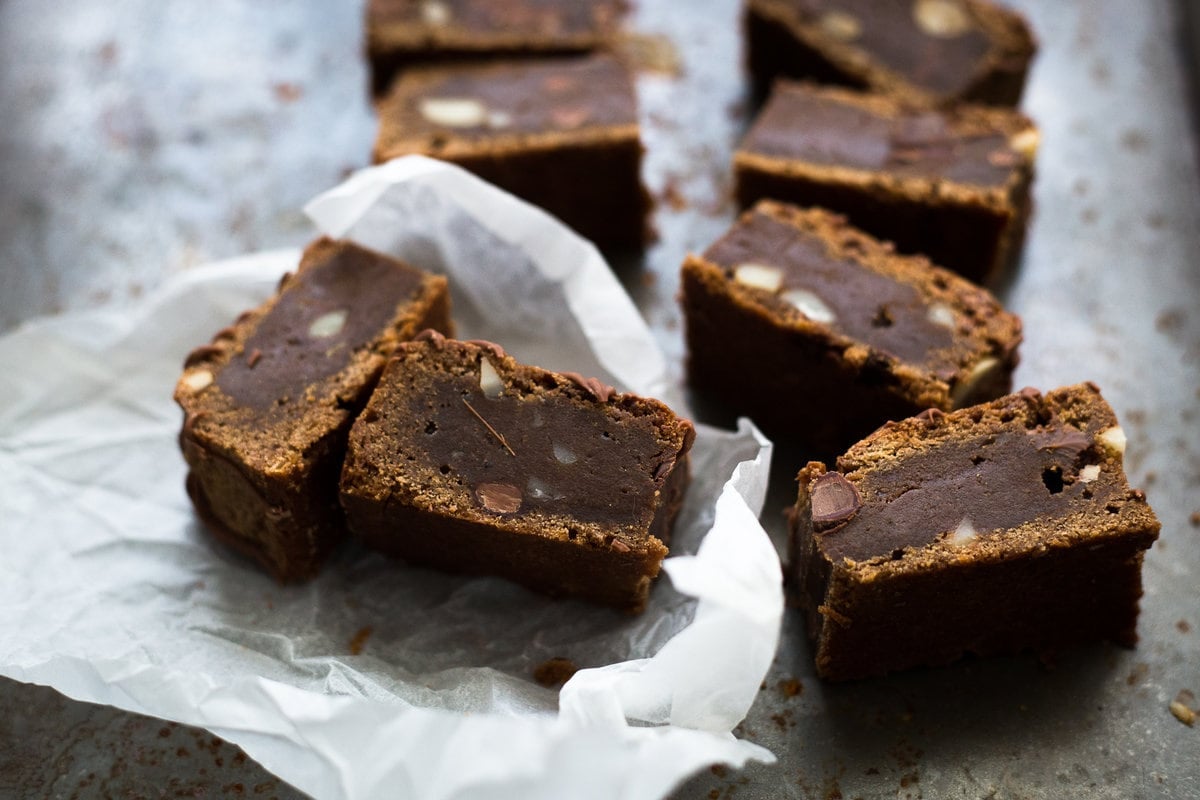 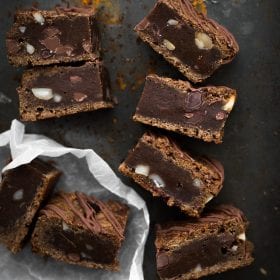