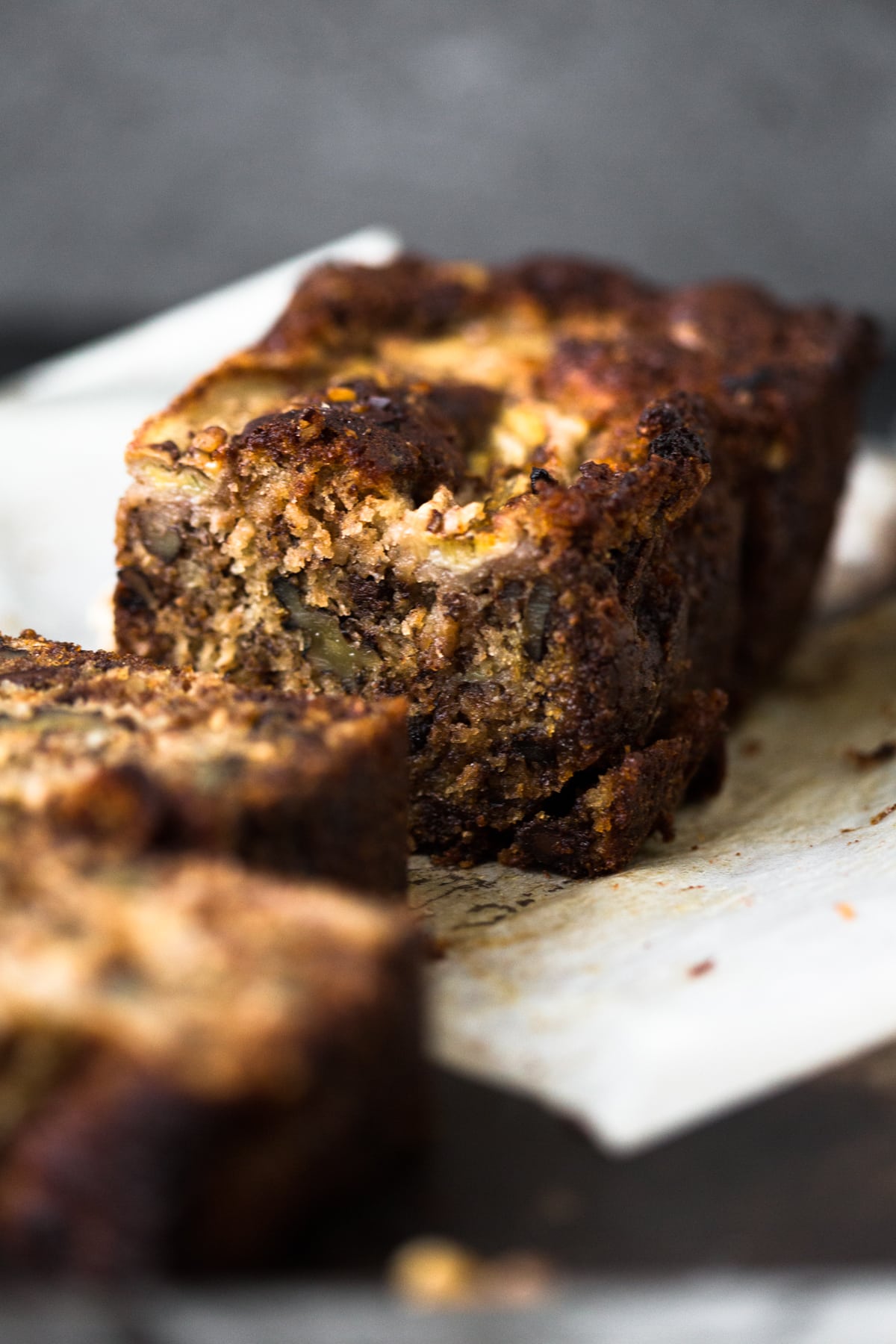 Seems like everyone’s been making Banana Bread during this self isolation period. Why is that? I don’t know, but I’m joining the Vegan Banana Bread Club today. This recipe is one that I’ve been using for almost 14 years – it used to contain Eggs back in the day but I’ve adapted it over the years to make it 100% vegan without compromising on flavor. I’m really picky about Banana Bread recipes…so many are just too dry, don’t have enough Banana, have a poor crumb and so on. Yeap, Banana Bread snob I am! Sue me. 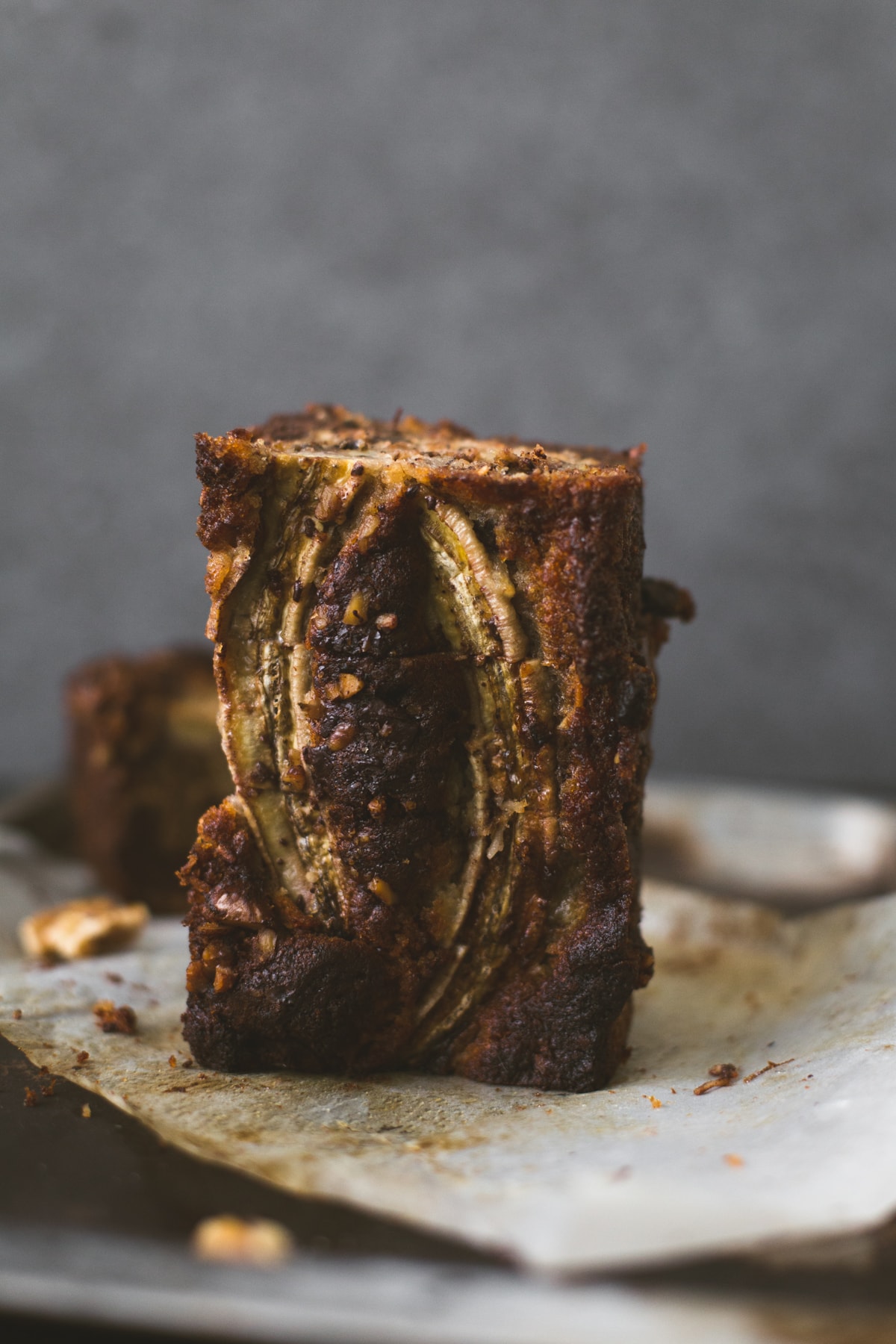 This is such a simple recipe that you can add anything into (hence the on steroids title), and for today’s adaptation of my favourite Vegan Banana Bread recipe, I’ve gone with a Cinnamon Swirl, Dark Chocolate Chunks and Walnuts. Can’t go wrong with any of those bad boys, I say! This simple recipe consists of Plain Flour, Sugar, Ripened Bananas, 1 singular Flax Egg, Vanilla, Sea Salt, Baking Powder, Baking Soda, Vegetable Oil, a splash of Vegan Coconut Yoghurt and some Almond Meal to really pack some moisture into this soft and fluffy Banana Bread. 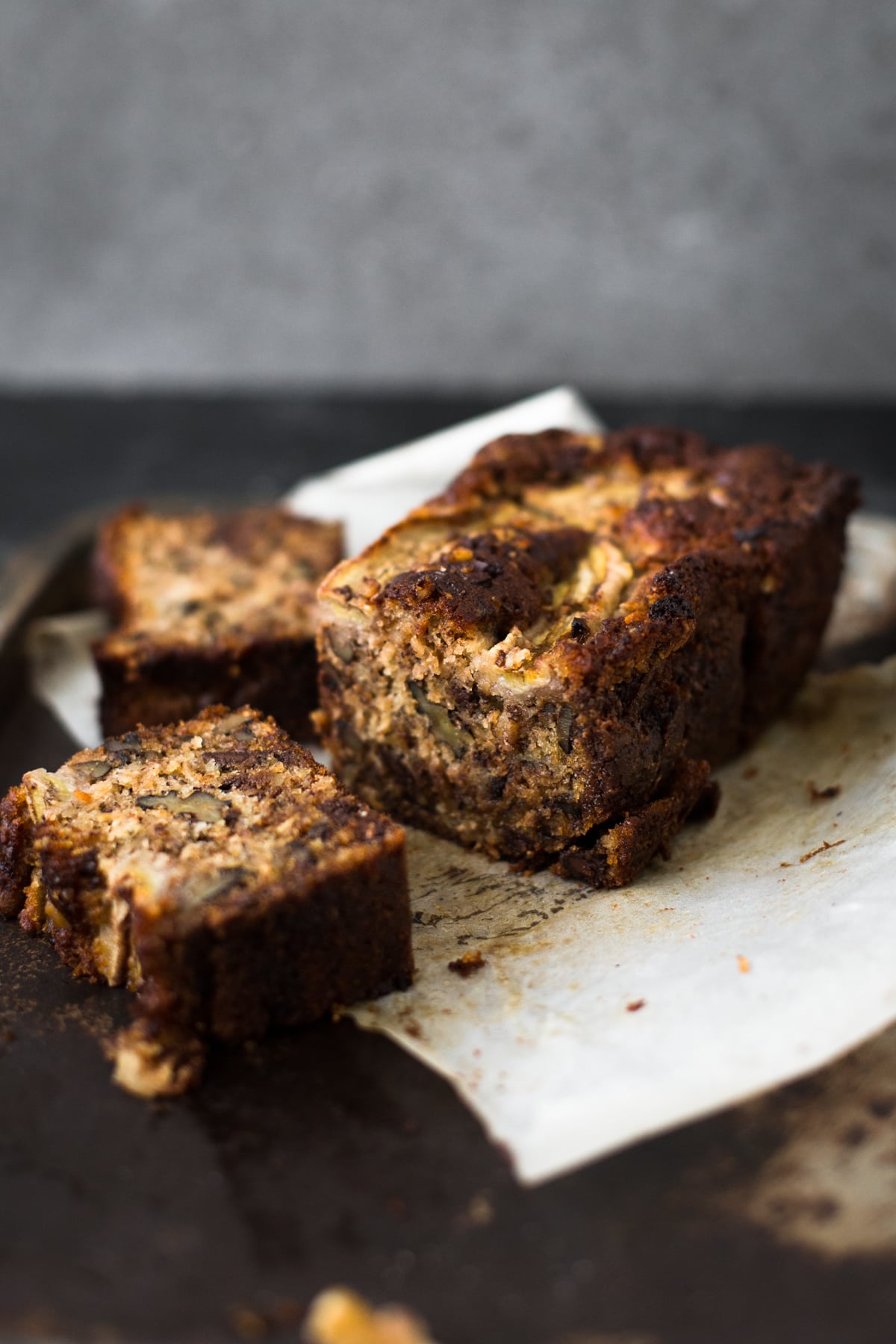 Now, what turns this Banana Bread recipe into quick bread royalty are the Chopped Walnuts, Chocolate Chips and Toasted Coconut. Let’s not forget the Cinnamon Swirl, made up of a simple concoction of Melted Vegan Butter, Brown Sugar and a hefty amount of Cinnamon into a paste and then swirl it throughout your Banana Bread batter before popping into the oven. The result is a delicious pop of Cinnamon Sugar in each bite – THERE AIN’T NOTHING BETTER THAN THAT, FAM! 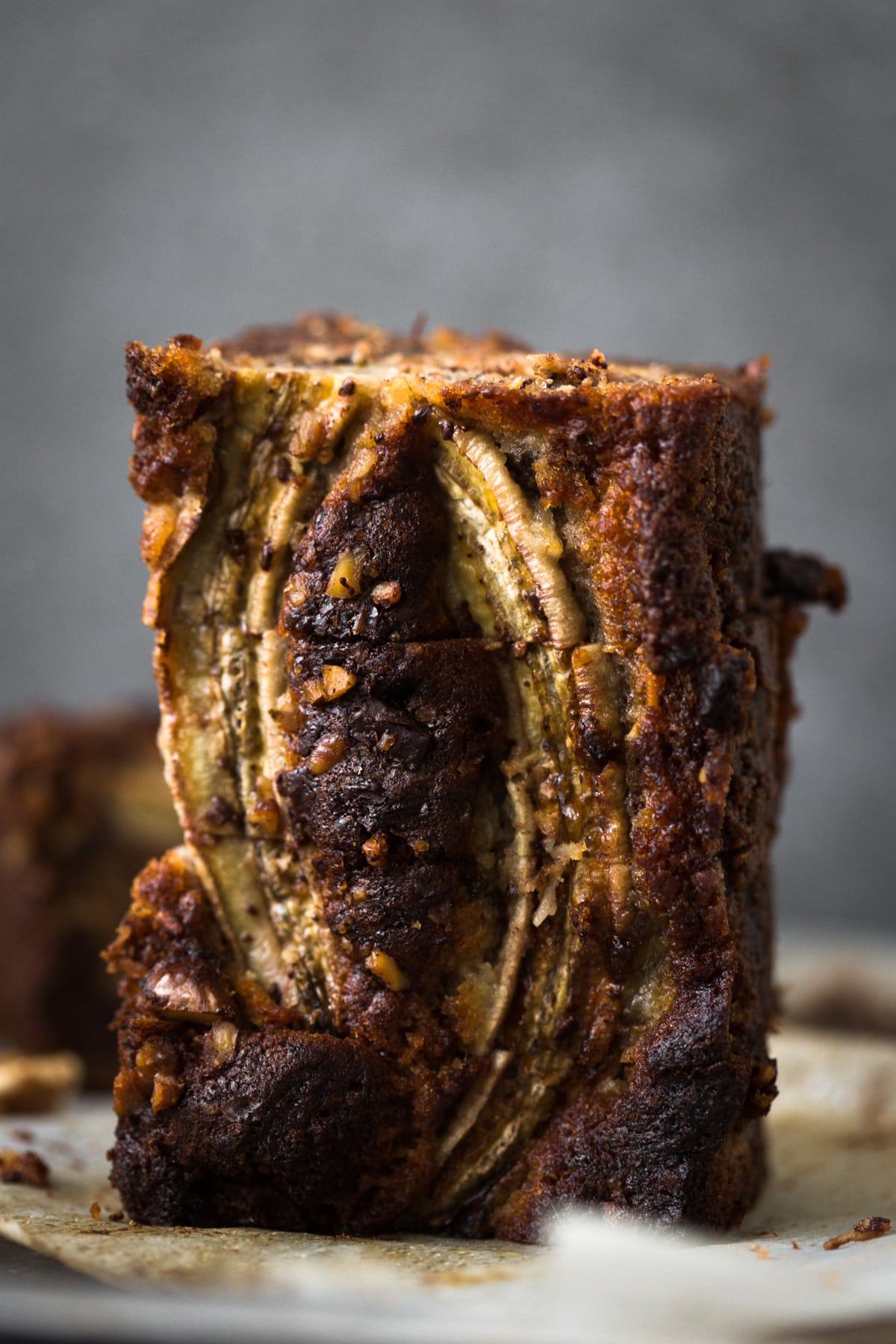 Yes, this Banana Bread isn’t the prettiest, or the most “insta-worthy” – but F*CK THAT! Sometimes the ugliest things turn out to be the most precious gems (such as myself), hence the title, UGLY BANANA BREAD!

Can I Use Other Flours?

You can use Gluten Free Flour for this recipe, I’ve tested it before and it works perfectly.

You may also omit the Almond Meal if you don’t have any on hand. I love adding Almond Meal into recipes as it lends a nice flavor and a touch of moistness to most muffin/quick bread recipes. 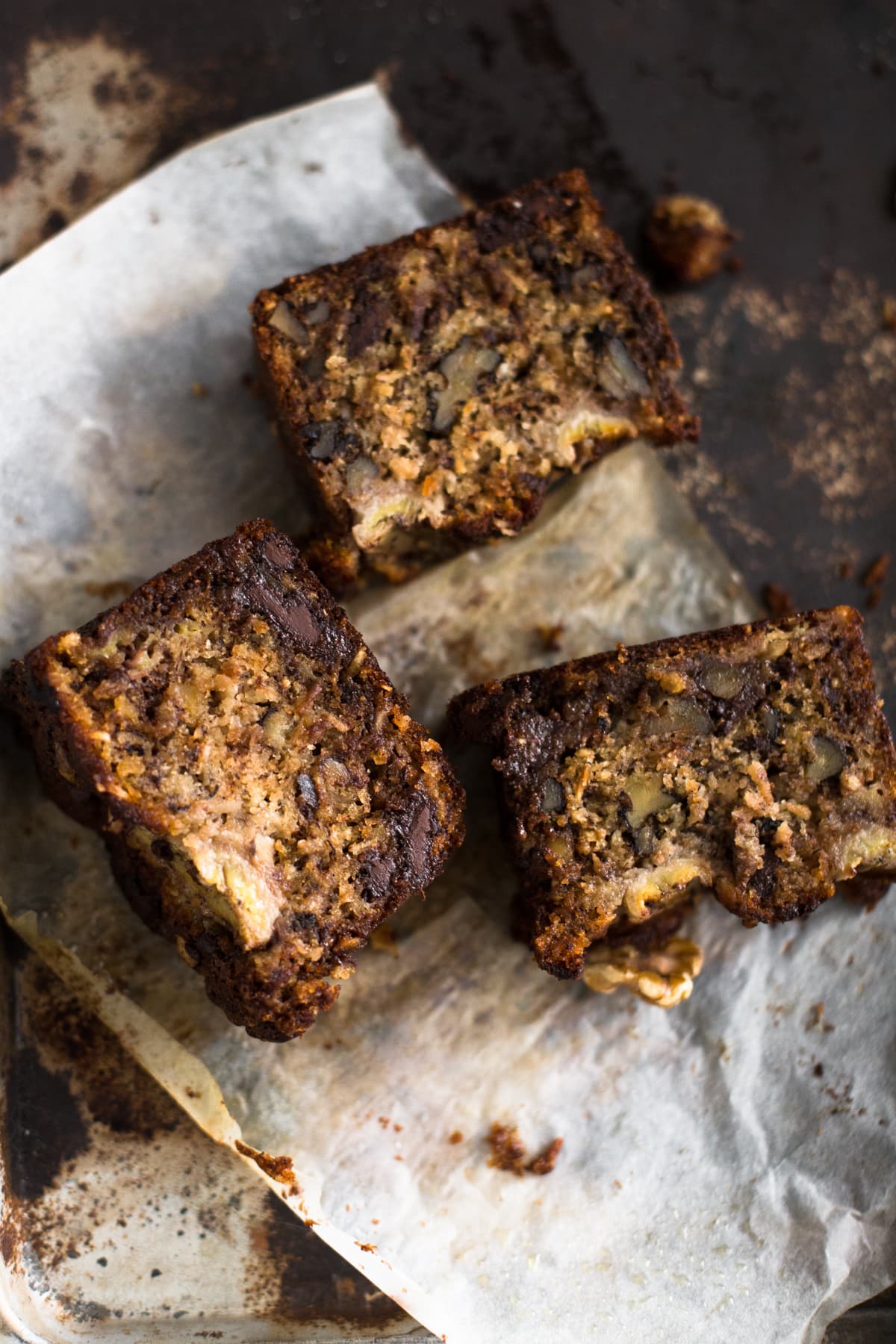 How Long Does This Vegan Banana Bread Last?

Kept in an air-tight box, this Banana Bread will last for up to 1 week. I prefer keeping my Banana Bread in the fridge, simply because Bananas contain a lot of moisture which can end up in mould growing if not stored properly.

You can also freeze individual slices that have been securely wrapped in a thick layer of cling-film. Just pop out an hour or two before you plan on eating it and Bob’s your uncle!

Ideas For Some Other Add Ins:

The world is your oyster when it comes to Banana Bread recipes, and some of my favourite add-ins include: 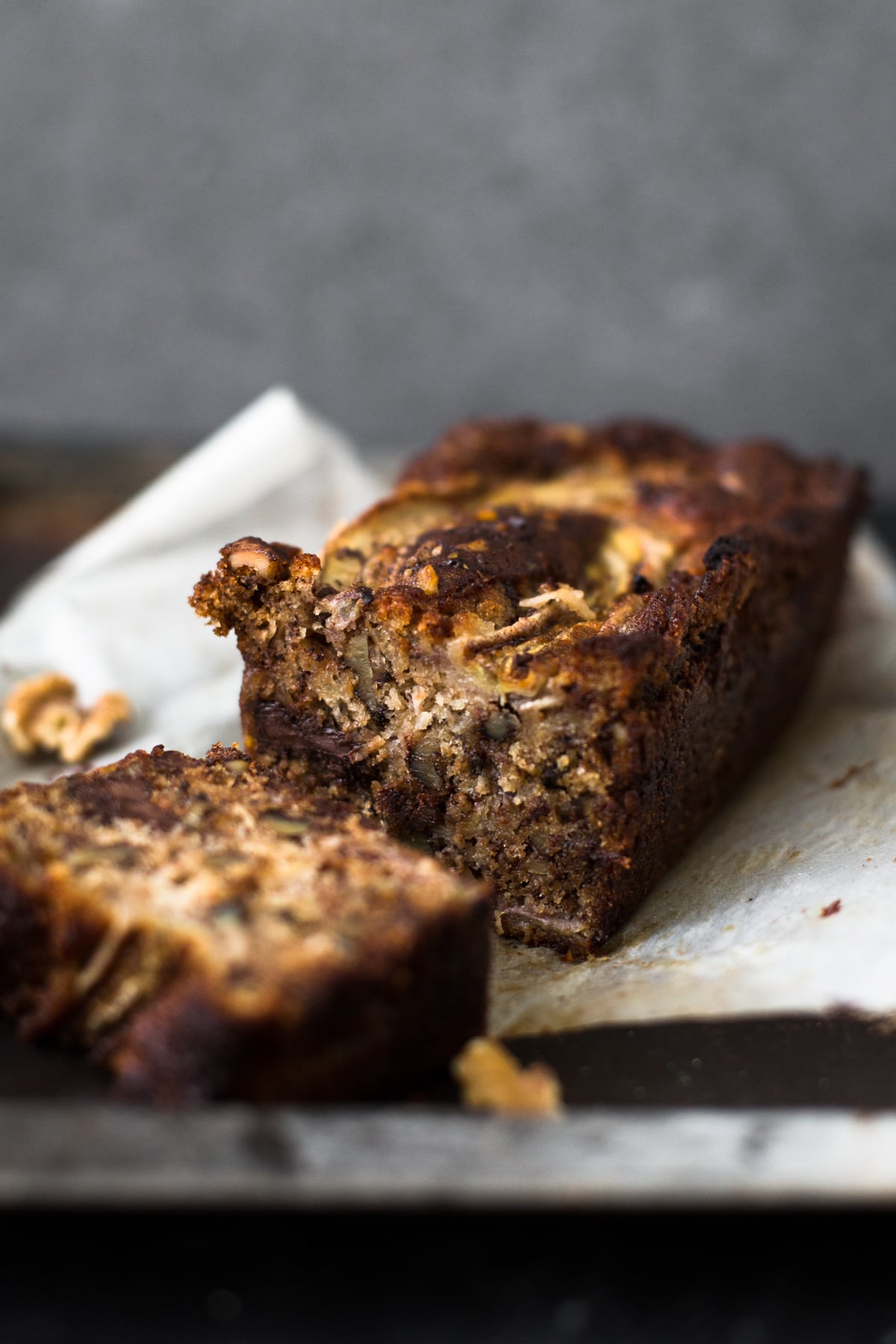 Scroll down for the full recipe for my Vegan Banana Bread, and don’t forget to leave a comment or tag me on Instagram if you make this recipe or any other recipe on my website! I love seeing what you guys create, it’s a small source of happiness in my otherwise bleak and miserable life. Enjoy!

Similar Recipes You May Enjoy: 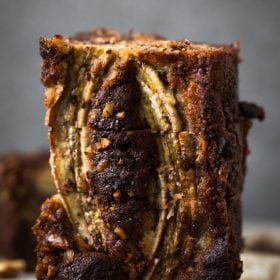