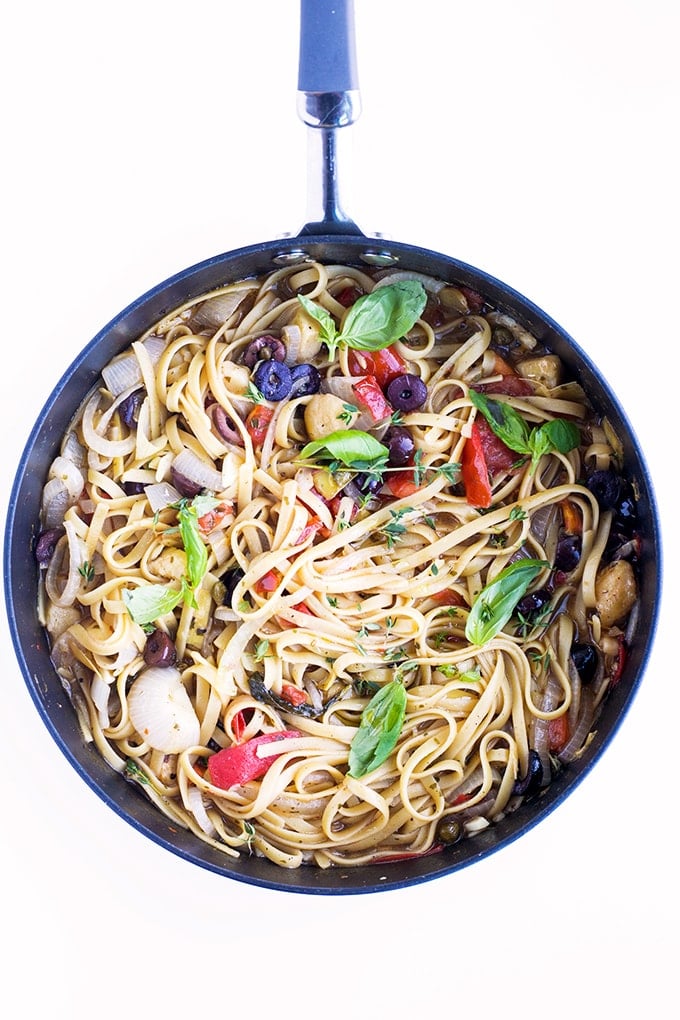 So, from what I’ve seen on the wonderful interweb, everyone seems to go crazy over One Pot Dishes. I mean, who doesn’t fancy the idea of chucking a whole bunch of sh!t into a pot and leaving it to cook, without having to worry about washing a ton of dishes and stuff? If you’re a lazy piece of crap like me, you’ll love my Vegan One Pot Pasta recipe. 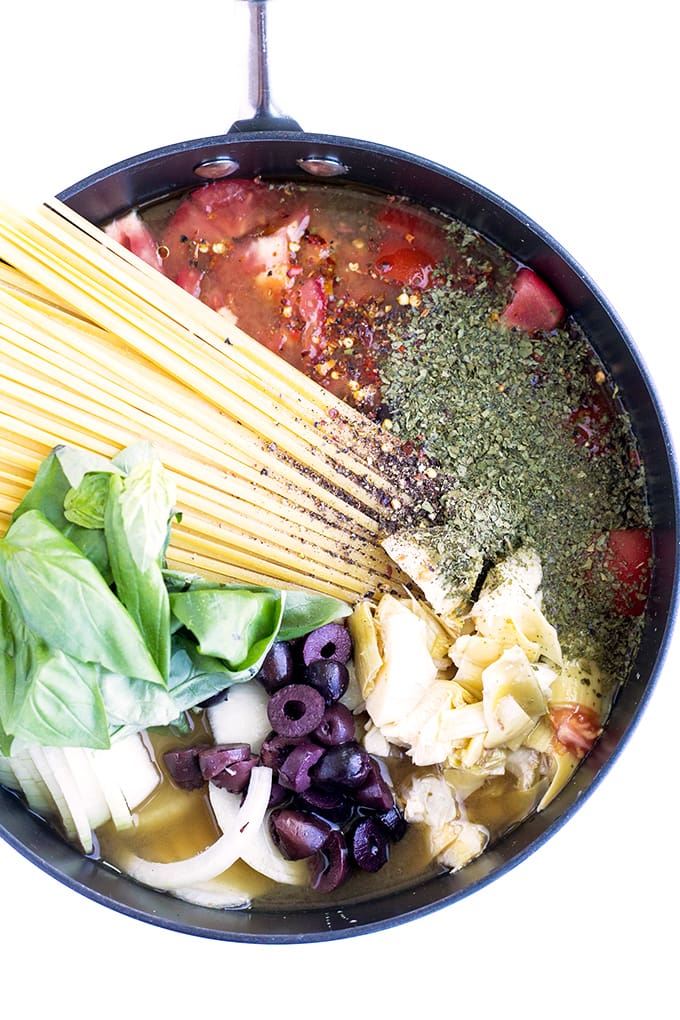 It’s simple – chuck some dry pasta into a pot with whatever is lying around the kitchen or in the fridge, cover in broth, bring to a simmer and allow to cook for between 12-15 minutes or until your pasta is al dente and most of the broth has evaporated. For today’s version, I have incorporated some elements of Pasta Alla Puttanesca into the recipe. Did you know Puttanesca means whore/prostitute sauce? My life really, got to keep up with my reputation. 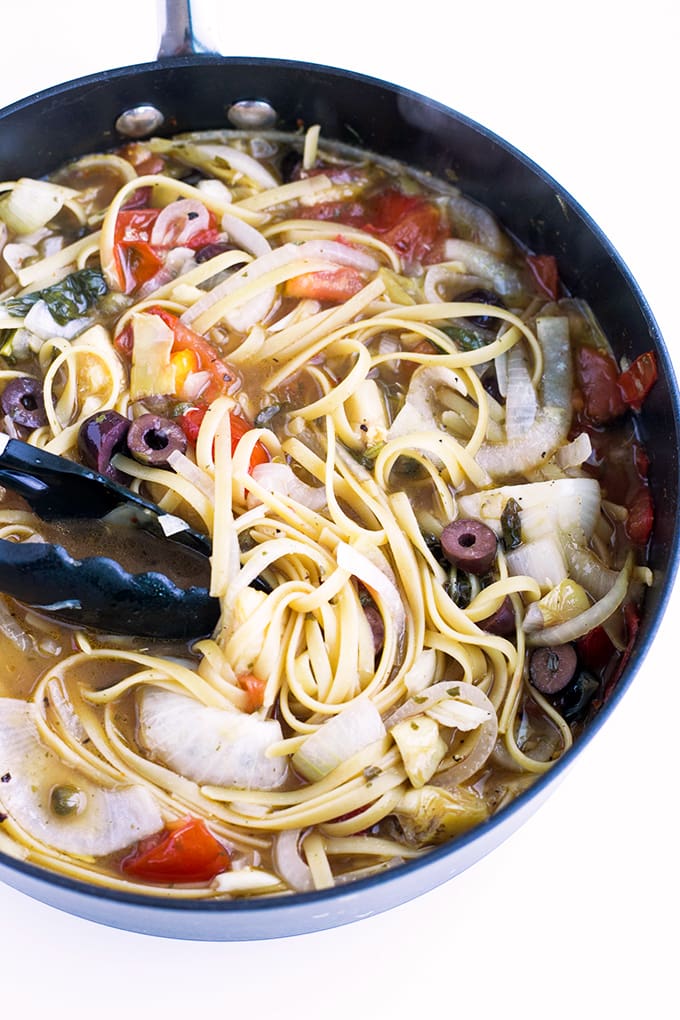 Olives, Artichokes, Capers, Onion, Garlic, Dried Parsley, Basil, Thyme, Olive Oil and Tomatoes are cooked with Linguine to create the perfect Vegan One Pot Pasta Puttanesca for lazy Kents. What is a Kent? I don’t know, you tell me. It could mean a person from Kent in England or it could be… 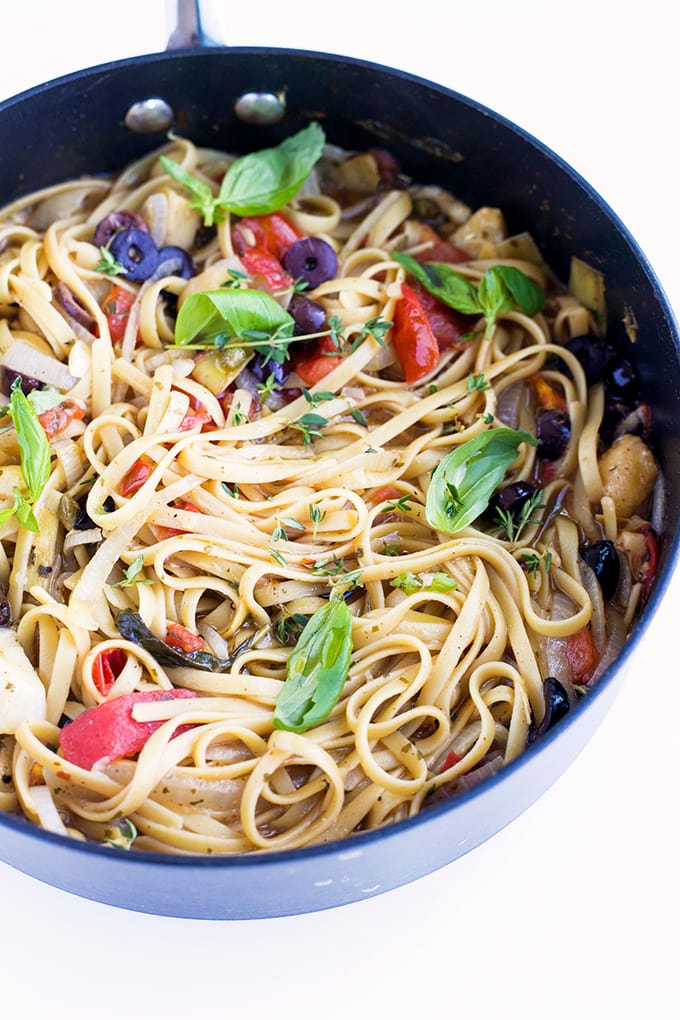 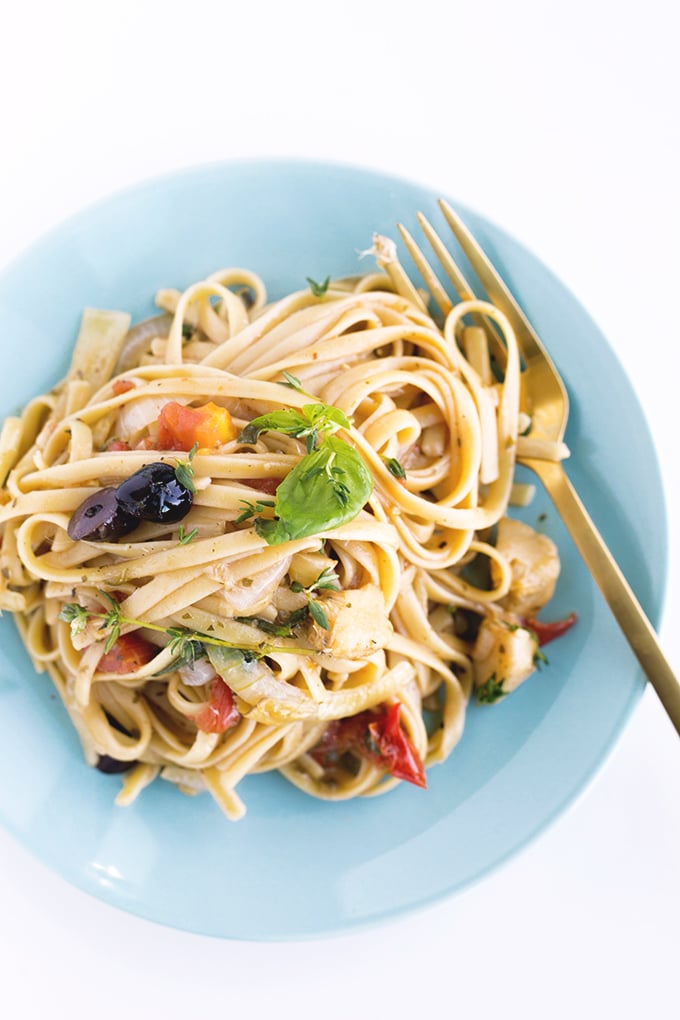 I’ve made this recipe with regular ol’ dried pasta, but feel free to use Wholewheat, Gluten Free, or whatever the hell kind of freaking pasta you want. Cooking times may differ, but honestly this recipe is really difficult to screw up so you’ll be fine. You can also throw in any ingredients you have lying around the house, since this is essentially Kitchen Sink Pasta recipe. So yeah, blah blah blah, scroll down for my Vegan One Pot Pasta Recipe. Cheeeeeeers. 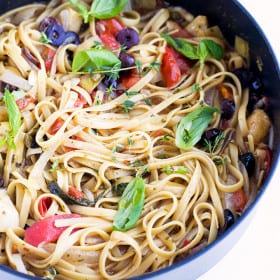