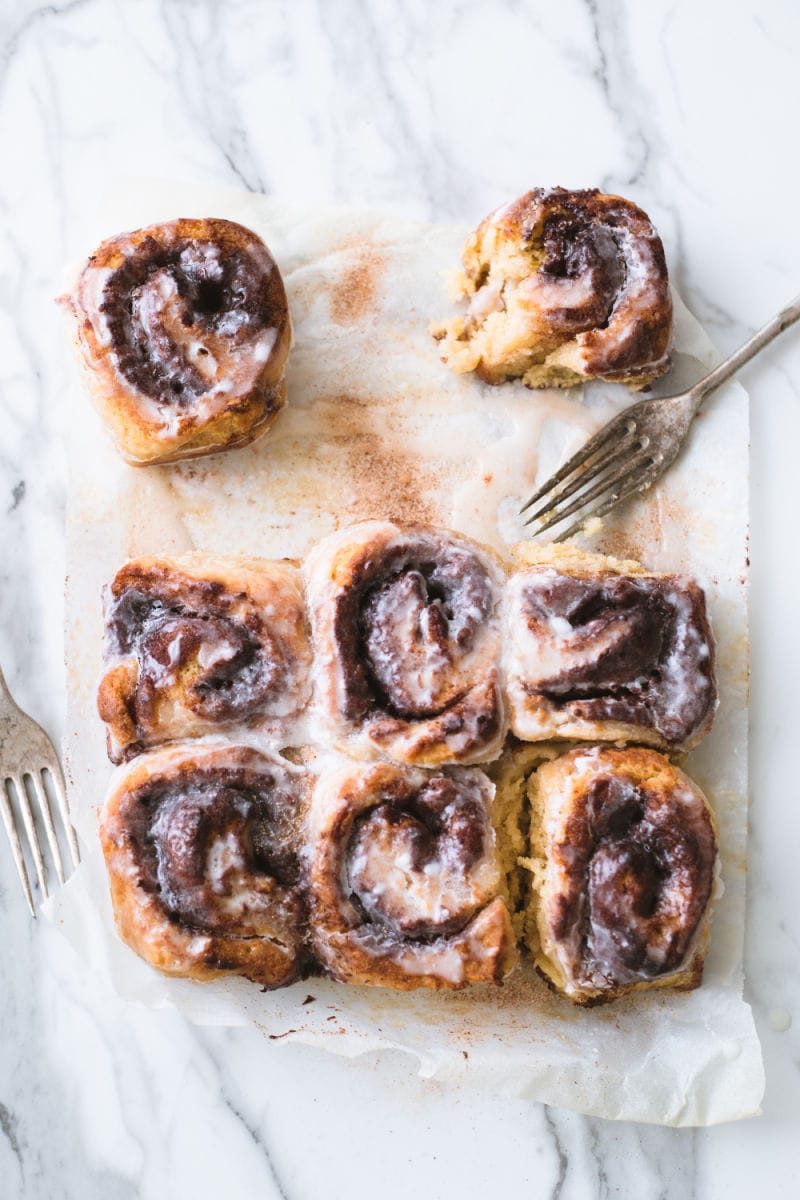 If there is one dessert or sweet breakfast I could eat for the rest of my life, it would be cinnamon rolls. When I first went vegan, they were the first recipe I worked hard on developing, and friends, this one is a winner.

Why you need to make this recipe STAT!

The texture is fluffy, soft, and doughy in the middle, with a light and tender crumb. The rolls are sweet and full of cinnamon flavor, you won’t be able to stop at one!

How do you make vegan cinnamon rolls?

Start by making the dough. In a small jug or bowl, combine the milk with vinegar and whisk until combined. Let it sit for 15 minutes to curdle. Add the vanilla extract and oil and set aside. In a separate bowl, mix together the flour, sugar, baking powder, baking soda, and salt, and set aside. Next, add the wet ingredients into the dry and mix well, until it forms a soft dough.

Now, lightly flour a kitchen surface. Transfer the dough onto it and gently roll it out into a rectangular shape. Spread with the softened vegan butter, followed by the cinnamon and sugar. Roll the dough, jelly style, before slicing it into 8 pieces. Transfer the un-cooked cinnamon rolls into a greased 9 x 4-inch baking dish and bake at 200C/400F for 15-18 minutes, until golden.

Finally, remove the cinnamon rolls from the oven and prepare the glaze. Drizzle over the top and let them cool for 15 minutes, before serving. 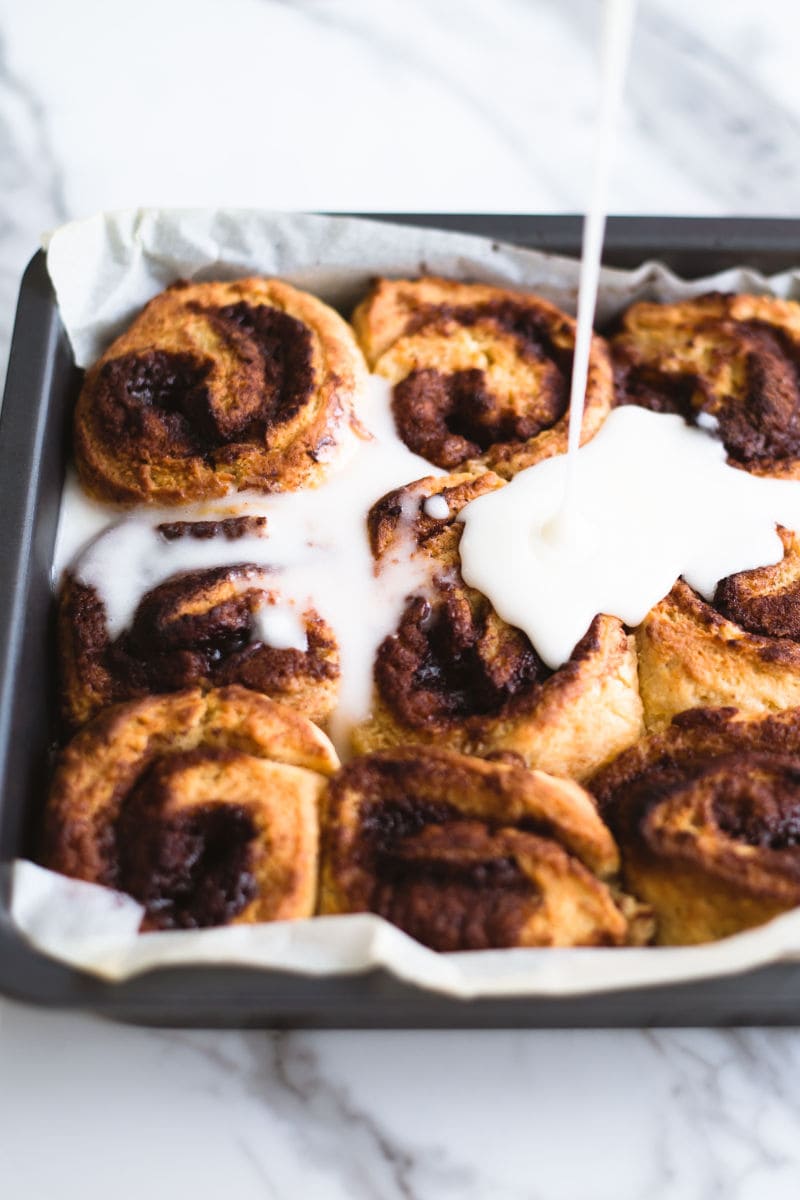 TO STORE: Cinnamon rolls should be stored in the refrigerator, covered. They will keep well for up to 2 weeks.  TO FREEZE: Place leftover rolls in a ziplock bag and store them in the freezer for up to 6 months.  REHEATING: Microwave the rolls for 30 seconds or warm them up in a preheated oven at 180C/350F for 7 minutes.