Back in the day when I was a cool scene kid, me and my once upon a time friends used to plant our asses at Starbucks all day, and I always had to order a Green Tea Cream which totally complimented my cool cat cigarettes. Fast forward to 2016, I’m definitely no longer a cool cat, but I still really enjoy Iced Matcha Green Tea Frappés.

The recipe for my Iced Matcha Green Tea Frappé with Coconut Whip is dead simple to make – all you need is a blender and a couple of ingredients – Miss Matcha Green Tea, Soy Milk, Maple Syrup , Vanilla Bean, Salt and Coconut Cream (for the coconut whip). This Green Tea Frappé also happens to be Refined Sugar Free, Vegan (duh) and a lot lower in calories that the stuff I used to clog my young arteries with. Oh, it’s also Gluten Free hahahaha jokes. 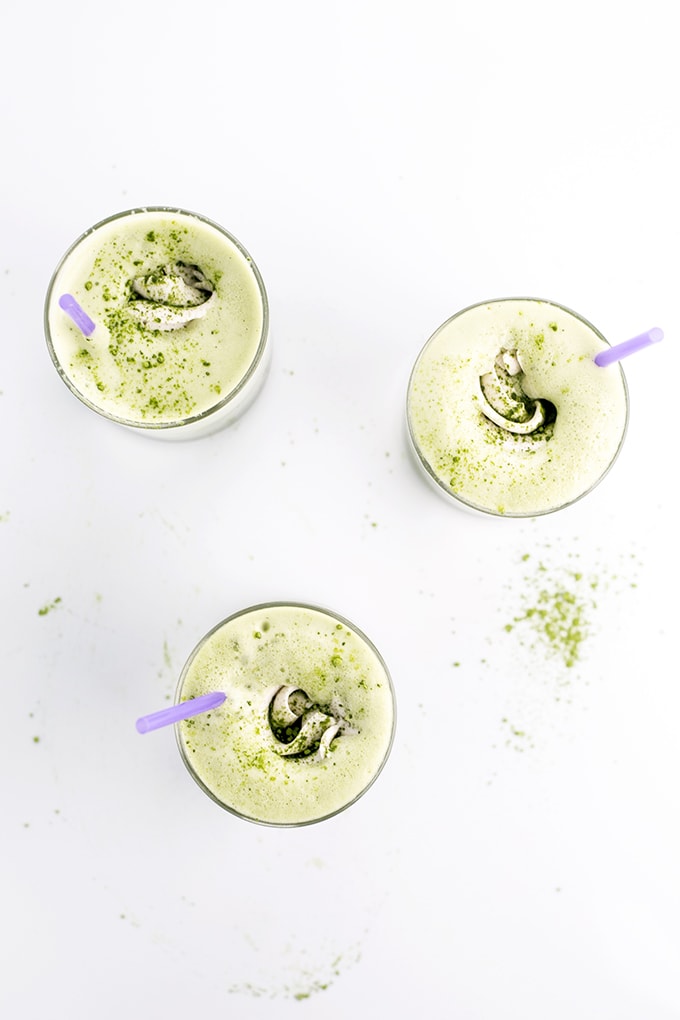 Anyway, there’s not much more I can say besides, try this recipe out. It’ll convert even Green Tea haters into Matcha Frappaholics. That’s a trademarked term, so don’t even think of copying me. Scroll down for the full Iced Matcha Green Tea Frappé recipe. PS: Posts may be a bit erratic for the next 2 weeks because I’m off to London. Ciao x.