Hey everyone! I’m not sure if I’m the only one, but when it comes to cooking, I like making things that require a maximum of 2 pots, preferably just one or two silicone spatulas and a single chopping board to wash. I absolutely cannot stand having a huge pile of wash up to do (especially when you have cats running around and rushing to the sink to drink straight from the tap!). Insert the Gluten Free, Vegan One Pan Mexican Quinoa recipe that Levan and I have seen all over Pinterest.

Nothing could be easier than whipping something up in one pot, all in under 30 minutes. Even the quinoa cooks in the same pot! Dare I say, even Levan could probably successfully make this quinoa recipe 😀 The original recipe comes from Cook Like a Champion, and I have tweaked it to our own taste. I added simple mirepoux to the base recipe, a handful of spinach into the mix, more cayenne and cumin for an intense spicy kick, and then finally topped it all off with a homemade Cashew Sour Cream and crispy oven baked Mountain Bread. Mountain Bread is a vegan/gluten free/yeast free flatbread that we get in Australia, but feel free to replace it with oven baked tortilla strips! 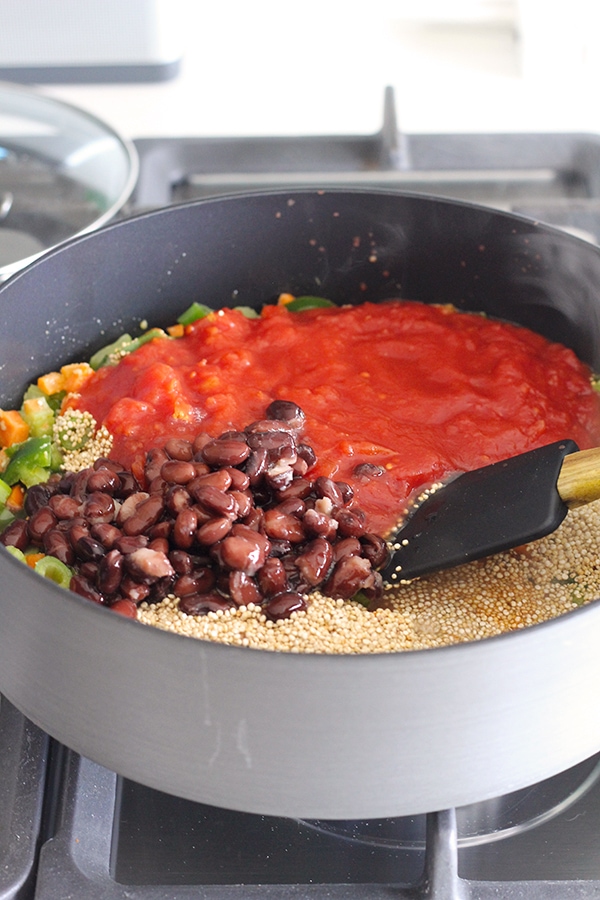 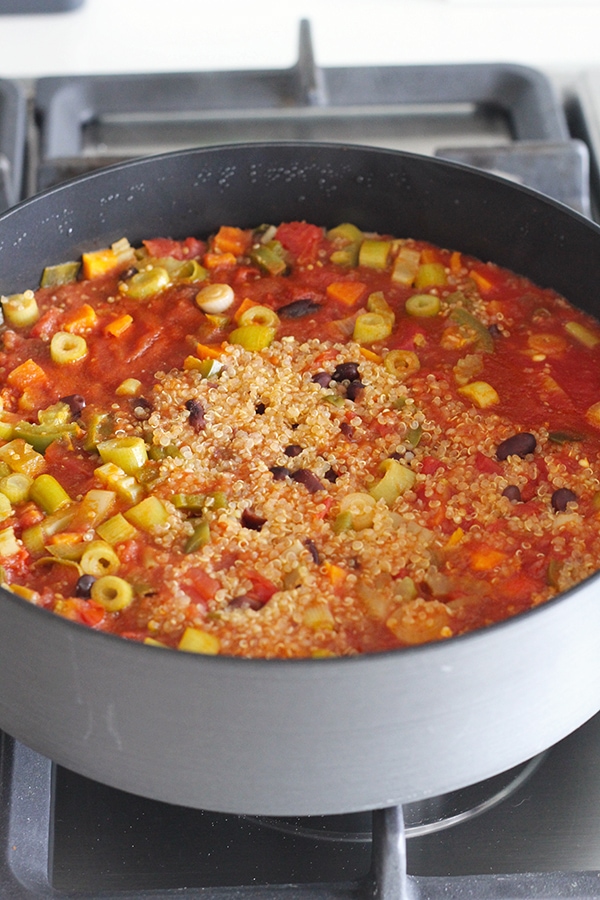 Let me tell you this: once you try cashew sour cream, you’ll most definitely NOT miss the dairy stuff. I was astonished at how similar it tasted to dairy sour cream, even though it only required a handful of ingredients to make. I can imagine using it in vegan stroganoff, potato salad, and a whole load of other vegan dishes. It only keeps for a week in the refrigerator, but I can assure you that the entire batch will probably be wolfed down in less than a day. Using a Vitamix also ensures an incredibly smooth texture, but do remember to make the FULL BATCH instead of a half batch. Initially I tried making a half-recipe but then soon came to the realization that it wasn’t blending smoothly because there just wasn’t enough of it in the blender! 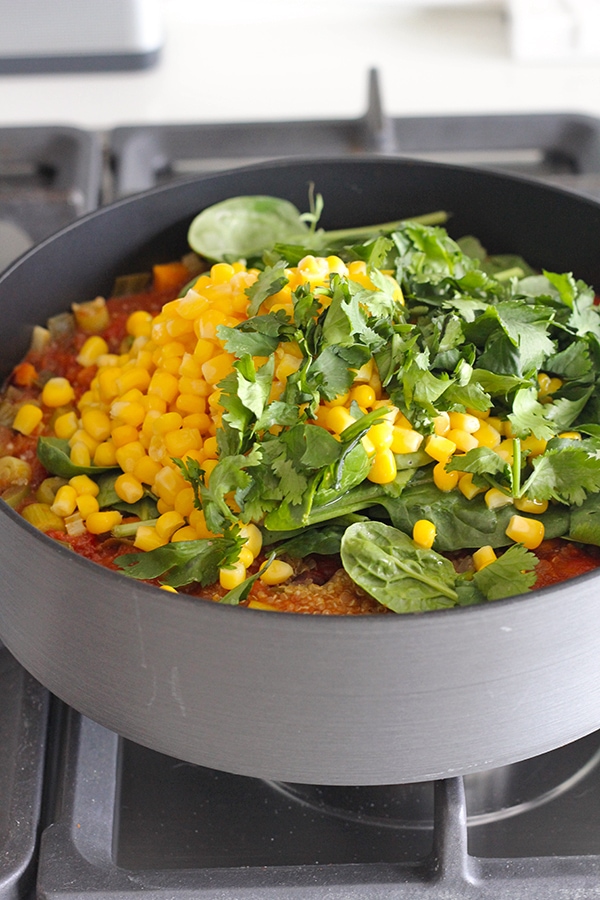 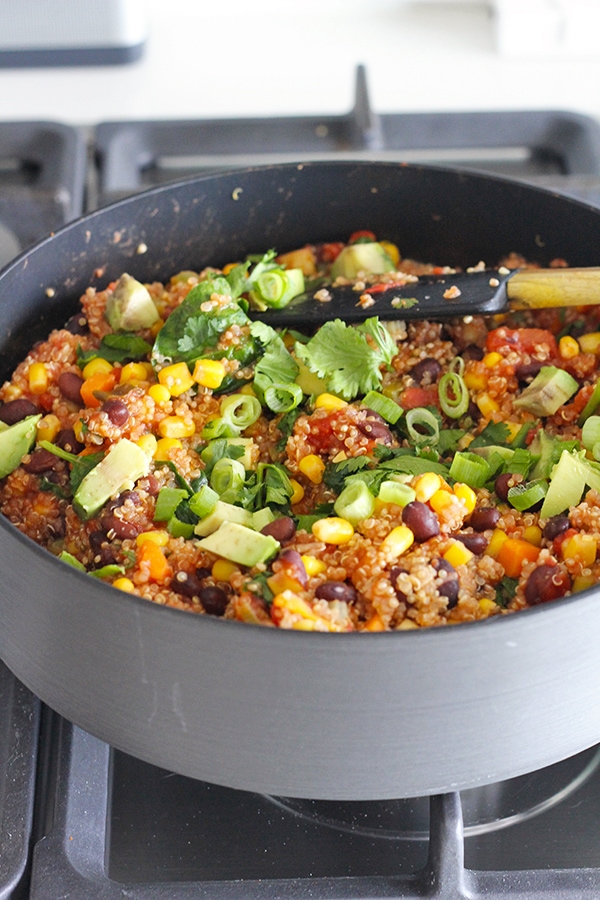 As for the quinoa recipe – well, a trillion re-pins can’t be wrong now can it? It was really really delicious and thoroughly perfumed with the taste of mexico. When combined with crispy mountain bread strips and cool cashew sour cream, it was like eating the lightest, healthiest taco you’ve ever had. I reckon someone should rename the quinoa recipe to Taco Quinoa! Do give it a go, you most probably already have all the ingredients you need in your pantry. One Pan Mexican Quinoa – Inexpensive, delicious, healthy and something I’ll definitely be keeping in my repertoire from now on. 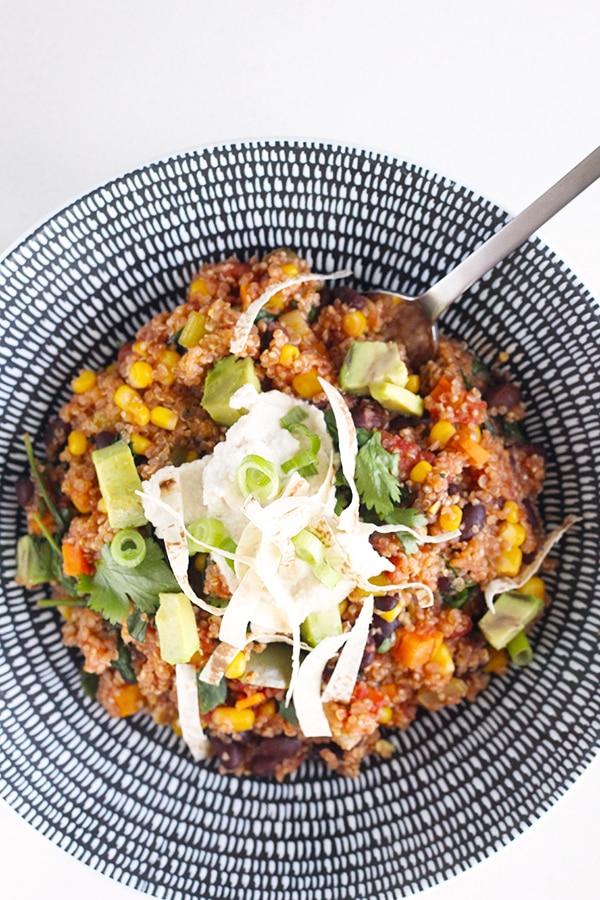 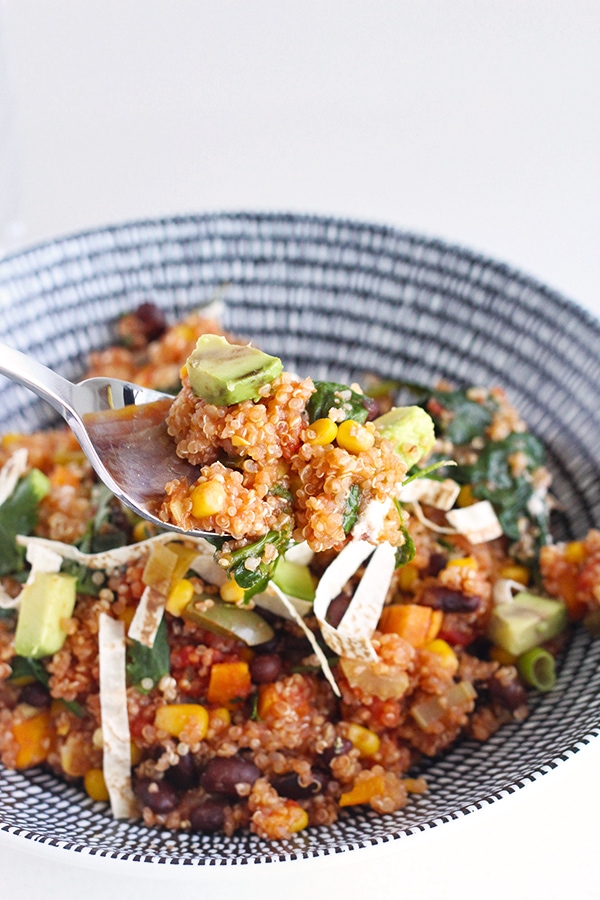 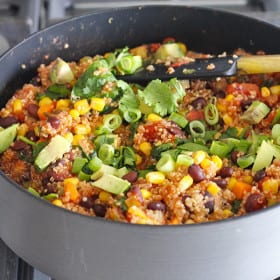 Tried this recipe?Let us know how it was!
« Simple Pumpkin Buns
Homemade Veggie Chips and Dips »