Learn how to make vegan sour cream with just 3 simple ingredients. Ready in minutes, it’ll be the best sour cream substitute you’ve ever had!

We love recreating the store-bought sauces and dips ourselves. We loved making pesto aioli, mayo, and now vegan sour cream.

This homemade recipe tastes so good that you’re going to make it again and again!

Why you’ll love this recipe

What I love about this recipe is just how much it tastes like actual sour cream! I brought some to a Mexican night my friends had and even the non-vegans were digging into it!

What is vegan sour cream made from?

As mentioned earlier, this recipe calls for just 3 simple ingredients. Here is what you’ll need:

How to make it?

Start by mixing all the ingredients using a whisk or fork until well combined. Add more yogurt if the flavor of salt or vinegar is too much. Use more vinegar to add a tangy flavor and more salt if required.

Tips to make the best recipe

To store: Use an airtight container to store leftovers in the refrigerator for up to 14 days.

To freeze: Avoid freezing the sour cream as it will not thaw well.

Why is sour cream not vegan?

Sour cream is a dairy product based on milk and cream.

What brands of vegan sour cream are there? 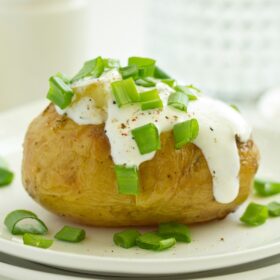 TO STORE: Use an airtight container to store vegan sour cream in the refrigerator for up to 14 days. TO FREEZE: Avoid freezing the sour cream as it will not thaw well.