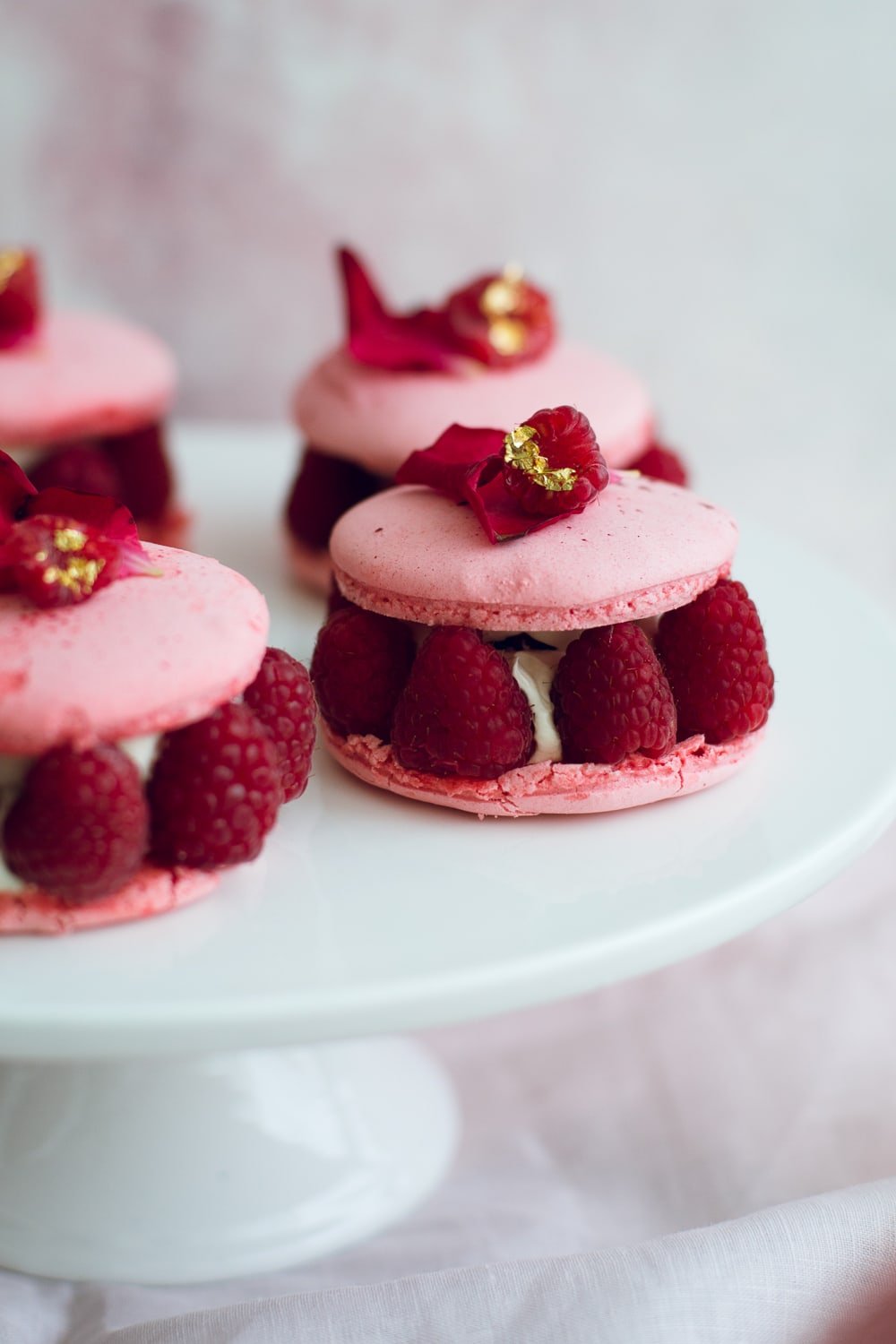 If you ever were a die hard pastry addict like I was years ago, you probably would have heard of the Ispahan. The Ispahan is a world renowned macaron created by the one and only Pierre Herme, comprising of a Rose Macaron Shell, Rose Cream and Lychee pieces in the middle, finished off with a kumbaya circle of Raspberries around the edge of the Macaron. Now whilst I do not claim to be Pierre Herme in any way (I don’t have a penis and I’m of different ethnicity and size to begin with), I did set out to create a completely Vegan version of the Ispahan. And so I present to you, the Vegan Ispahan made with Italian Meringue Vegan Macarons! 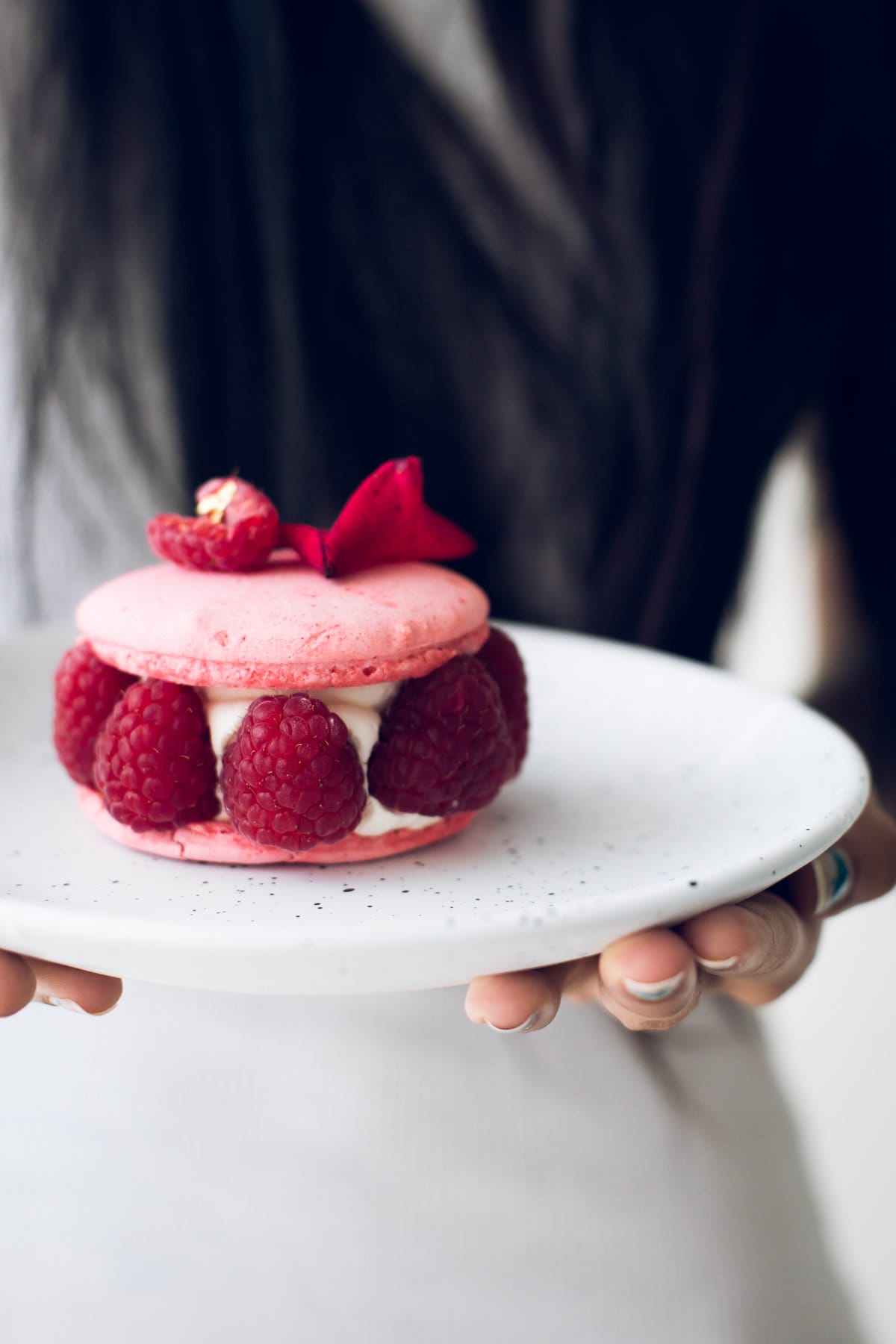 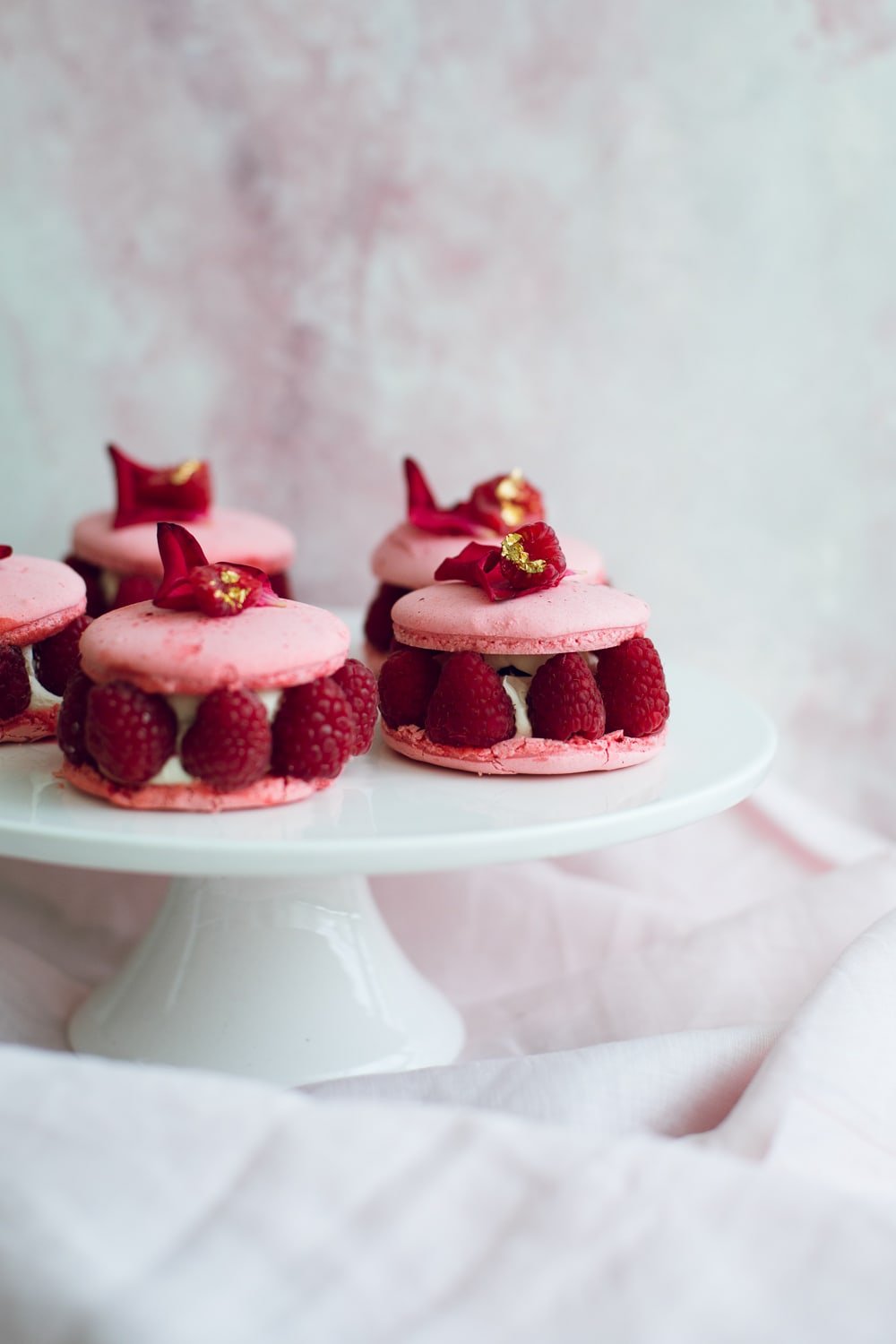 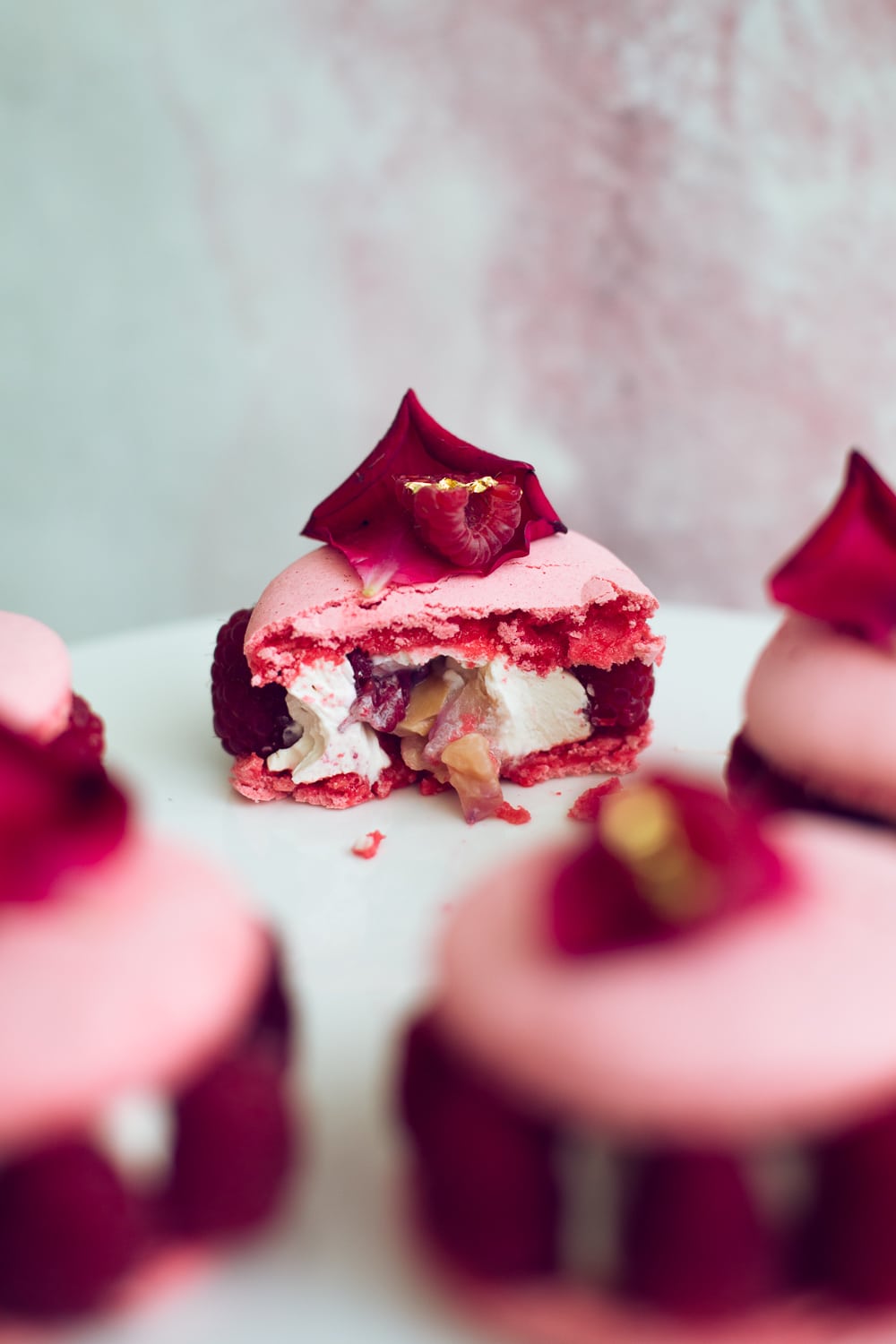 Now, a few things about this recipe that you must must must pay attention to (seriously, I had trays and trays fail in order to learn these things the hard way, people!). Once you have piped your macaron shells out, you NEED to let them rest for at least 2 hours, in a room that is not humid (ideally, an air-conditioned room). Also, use Fan Force on the oven – trust me, I learnt the hard way. You also have to ensure that you bake these at 125 degrees Celsius – any hotter and they will crack/not have any feet. Seriously, okay? I have a whole box of failed shells if you need more reason to listen to these instructions! Also, I use Rich’s Whipped Topping for the cream component of this recipe – it is already sweetened. If you can’t find this, use any Non-Dairy whipping cream. If you cannot find a sweetened variety, you will have to add Icing Sugar to taste when whipping your cream. But of course, if you don’t like being told what to do, then good luck! 😀 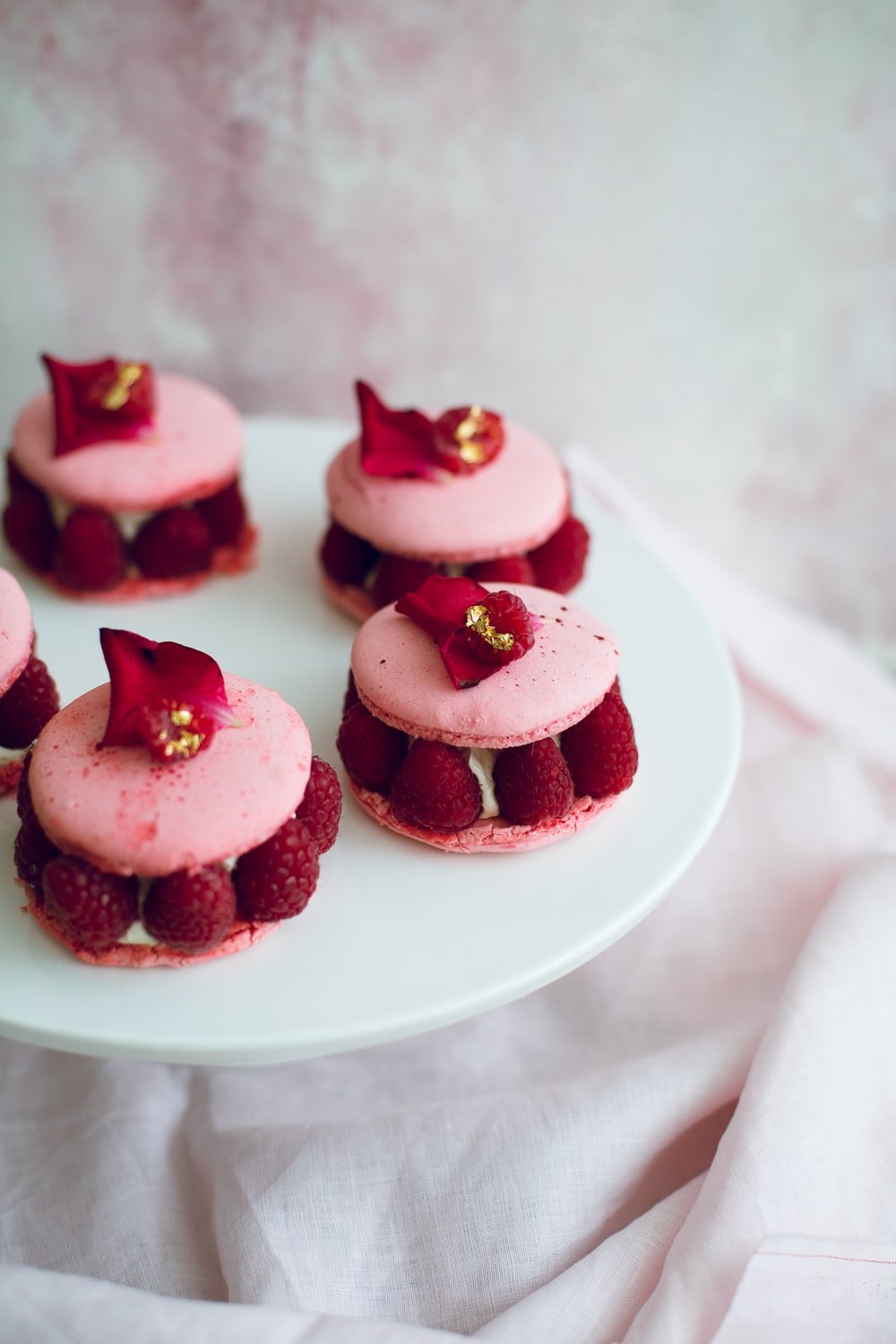 Soooooo, if you’re craving a technical but very rewarding baking adventure, then scroll down to grab the recipe for my Vegan Italian Meringue Macarons, you won’t regret it! Or maybe you will, but if so, I don’t wanna hear about it! Happy Vegan Ispahan making! Promise you it tastes just like the real thing, even if I have to say to myself! Till next time! 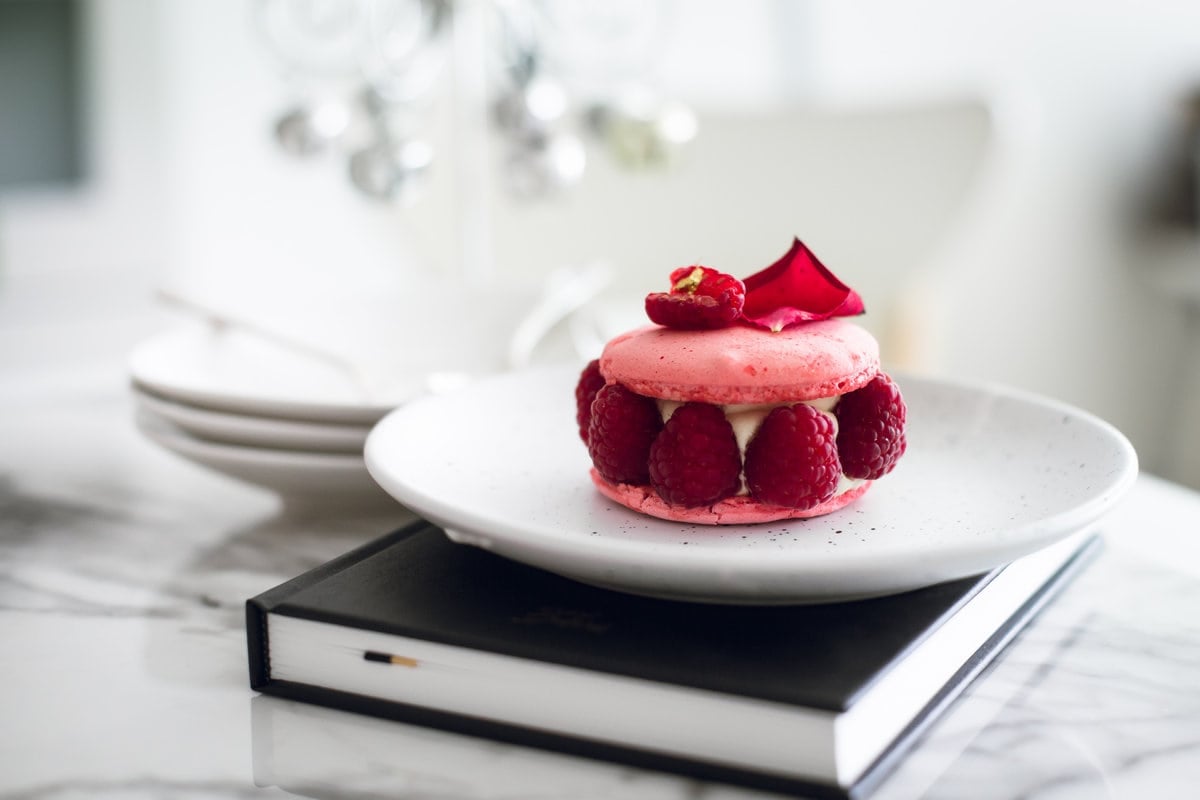 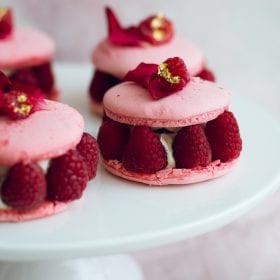 ** I use Rich's Whipped Topping for this recipe - it is already sweetened. If you can't find this, use any Non-Dairy whipping cream. If you cannot find a sweetened variety, you will have to add Icing Sugar to taste when whipping your cream.