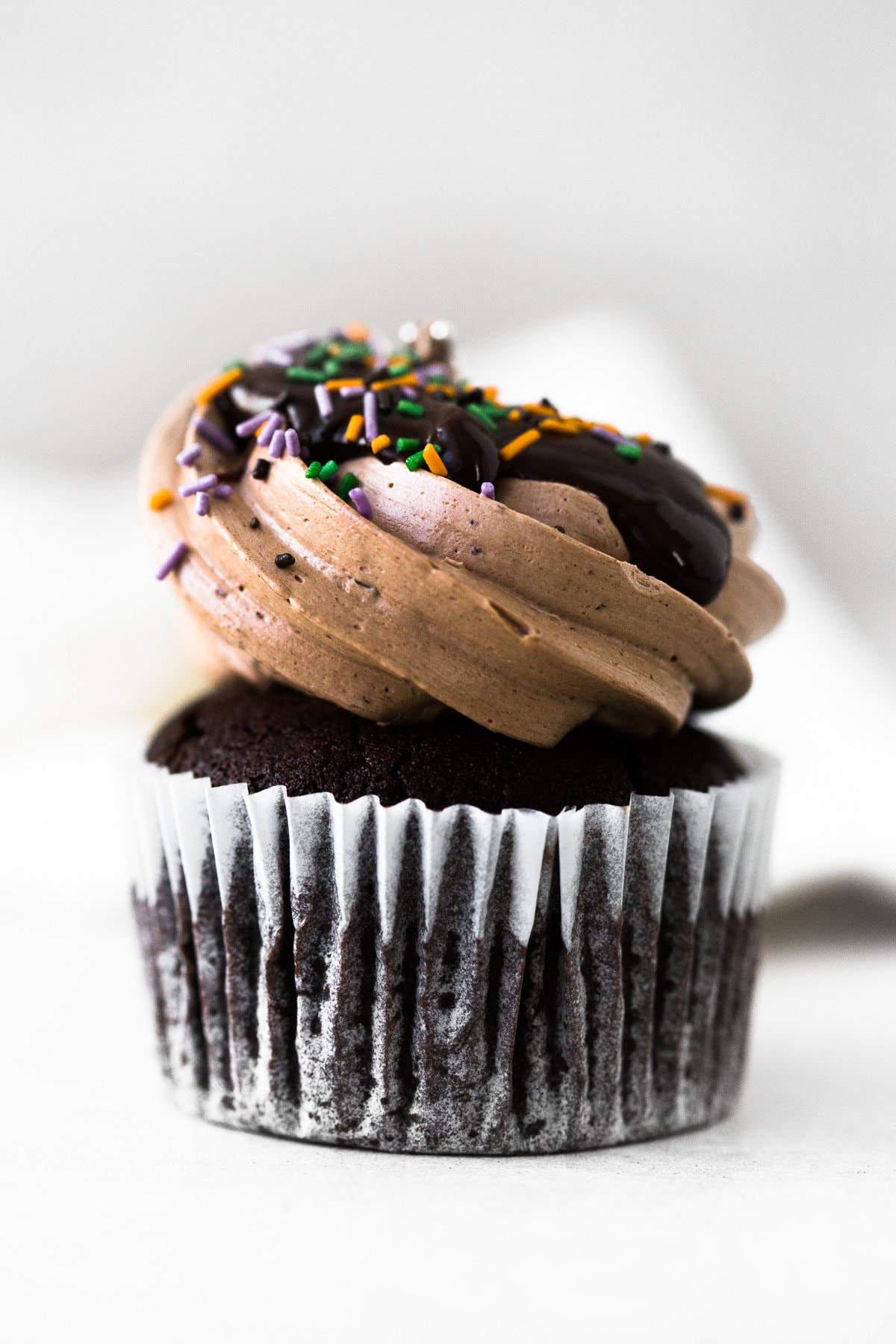 Cupcakes. Ah, remember when they were all the rage like 10 years ago? Sadly, too many businesses jumped on the cupcake bandwagon with limited baking knowledge (in my opinion), which thus begun the demise of the ubiquitous cupcake. With so many bakeries producing dry bits of turd with gritty icing, it was no surprise that the cupcake craze left as soon as it arrived. BAD VIBES. Well, let me tell you that I’m going to re-awaken your love for cupcakes with these Ultimate Vegan Chocolate Cupcakes. 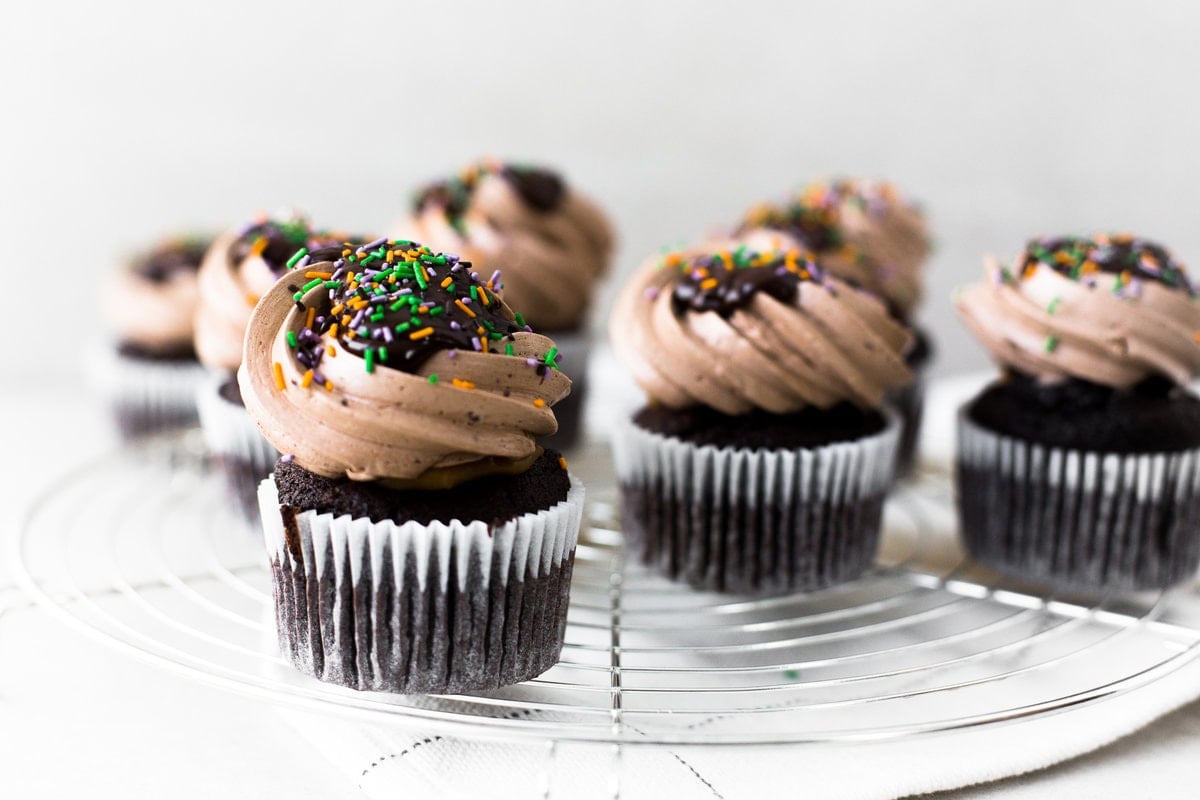 Cupcakes need to be moist. In my opinion, they should have a filling on top of frosting, because a lump of cake with a mound of frosting on top just doesn’t cut it. My Vegan Chocolate Cupcakes have a tender crumb (thanks to Cake/Pastry Flour), are filled with a luscious Chocolate Ganache and topped with generous helpings of Vegan Chocolate Buttercream. 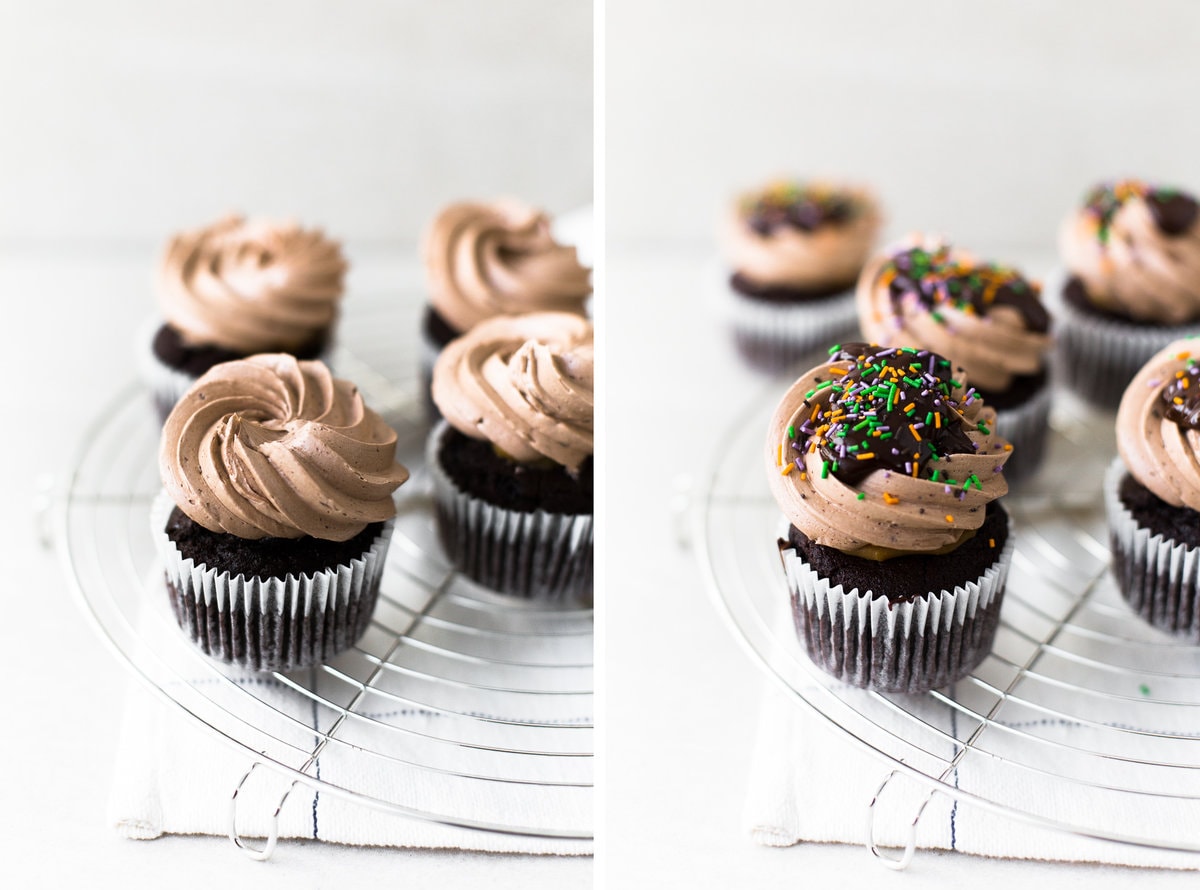 The cake base is pretty simple to prepare – all you need is your usual cake making ingredients. Pastry Flour, Cocoa, Vegetable Oil, yadda yadda. Let me stress, you’re going to want to use Pastry or Cake Flour because it produces a more tender crumb. I use Oil instead of Butter so that your cupcakes don’t turn rock hard in the fridge. Dicks should be hard, cupcakes shouldn’t. The whole process is pretty easy…mix dry, add in wet, dispense into cupcake liners and bake.

Now, the Chocolate Ganache filling for these Vegan Chocolate Cupcakes. I use Dark Chocolate, Coconut Milk, Instant Espresso and a dash of Sea Salt. Melt everything up in the microwave (or over a double boiler if you can be fu*cked), leave to cool for a bit and you end up with a silky and luscious Chocolate Ganache filling. Lastly, the Vegan Chocolate Buttercream! This one is so simple too. Using an electric or stand mixer, whip the shit out of some Vegan Butter, Shortening, Icing Sugar, Cocoa Powder, Sea Salt and Bob’s your uncle. 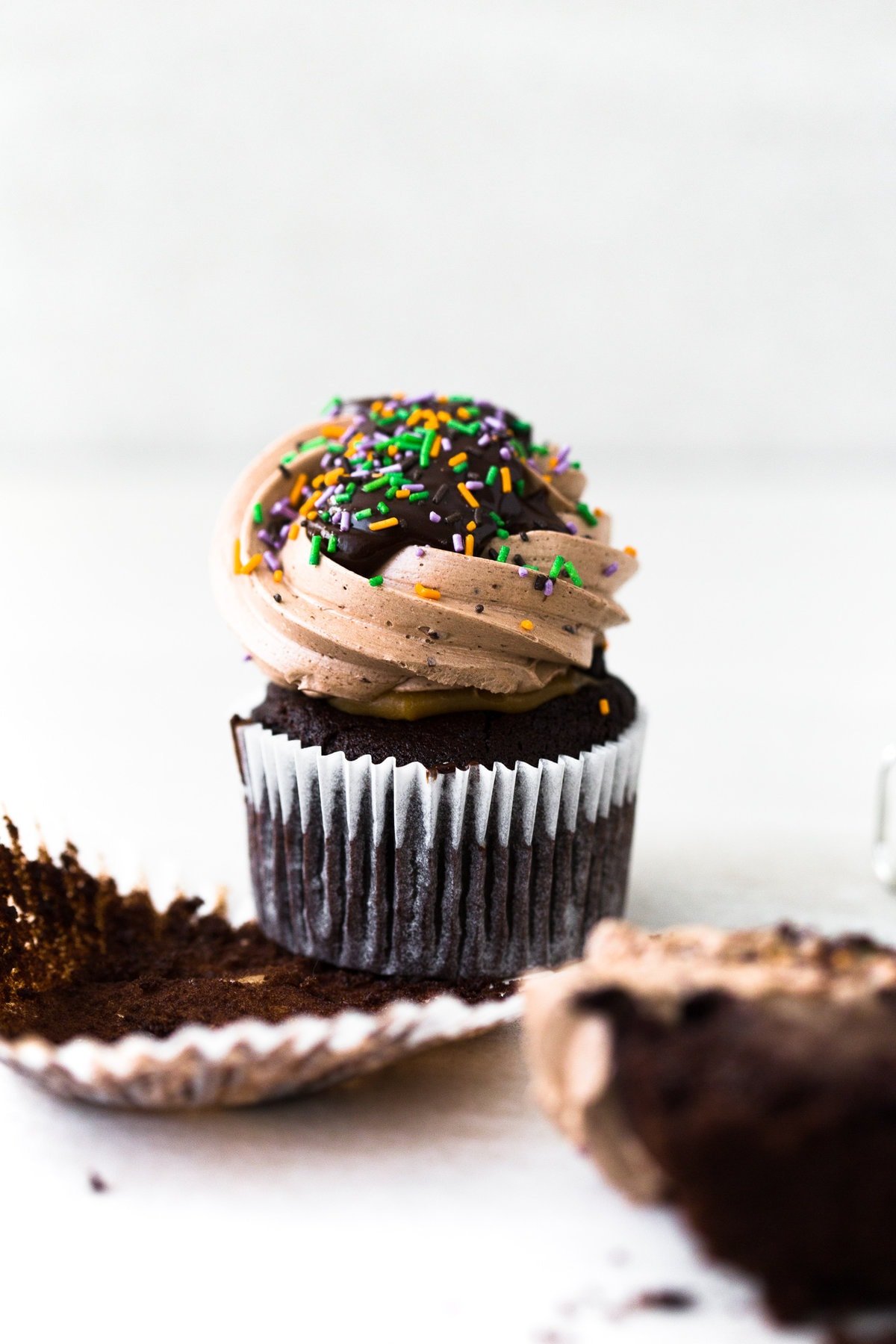 All you have to do now is assemble your Vegan Chocolate Cupcakes. I like to cut a conical portion in the middle of the cupcake out and fill it with Chocolate Ganache. You can spoon this in or use a piping bag, depending on how fancy you are feeling. Once you’ve done that, using a star tip in a piping bag, pack on that FROSTING! Lastly (I swear this is really the last bit), melt some leftover Chocolate Ganache that you have and drizzle it on the top of your buttercream. SO FANCY. AMAZING! And there you have it, ultra moist Vegan Chocolate Cupcakes that won’t make you choke or harden into little turds in the refrigerator. Scroll down to grab the full recipe (MY HANDS HURT FROM TYPING), and drop a comment to let me know what you think! 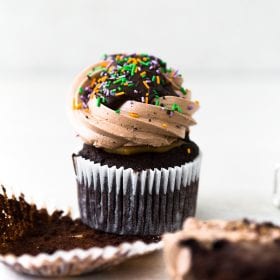