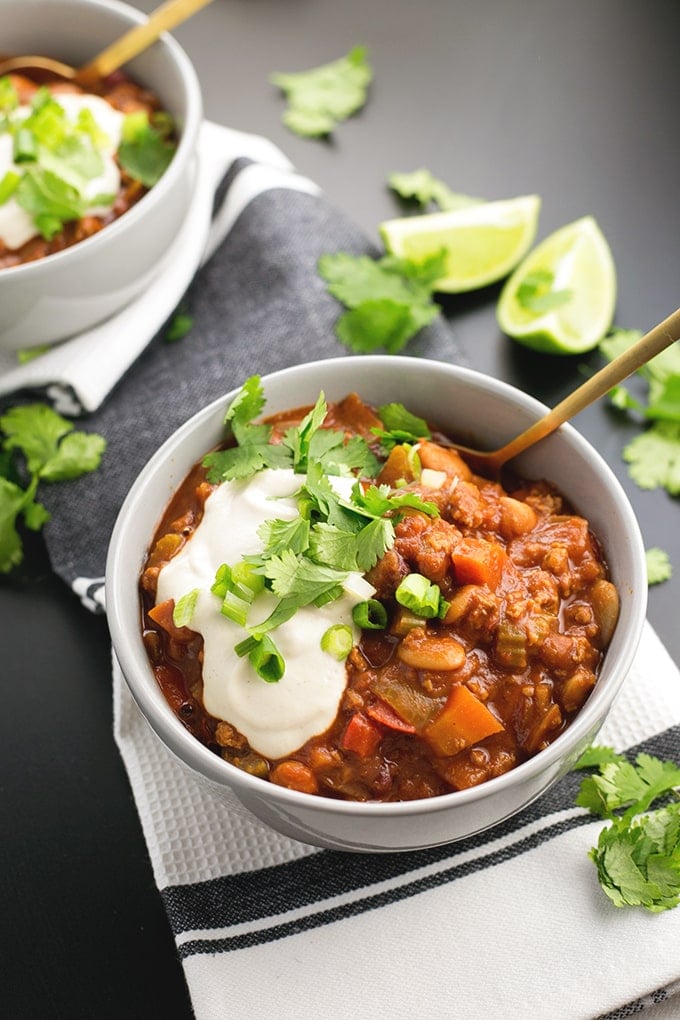 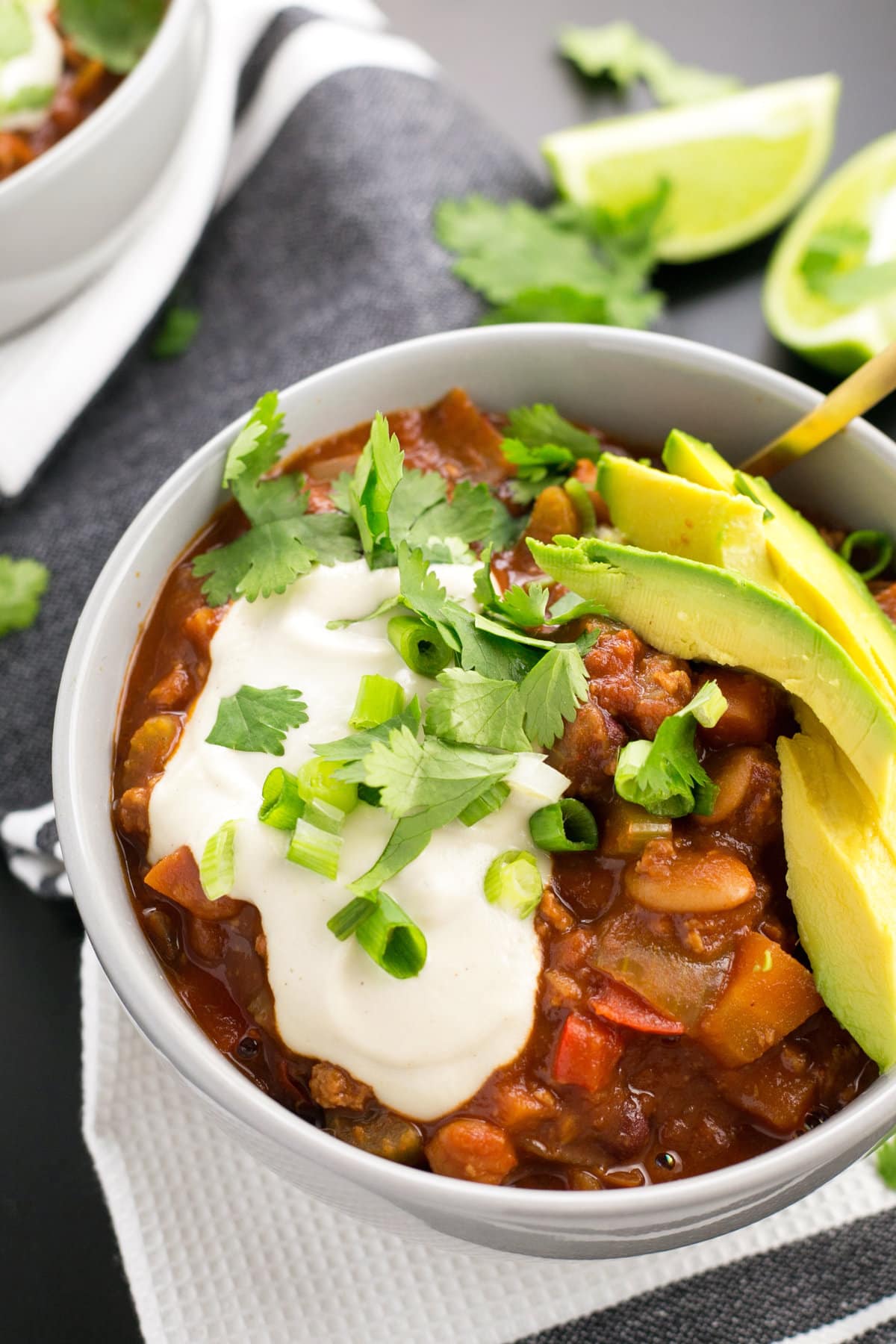 To be honest, this Vegan Chili Con Carne was a breeze to make. Everything is made in one pot (and a blender for the Cashew Sour Cream, but feel free to grind cashews for hours by hand because grinding is such a great thing especially when you’re blind drunk and in a club). I’ve used Vegan “Meat” Crumbles in this recipe for a heartier texture, along with a mixture of Beans, Veggies, Tomato Paste, Tinned Tomatoes, Mexican Chili Spice Mix and a little Dark Chocolate. The cashew sour cream I top this with is the same one I use in my One Pan Mexican Quinoa. 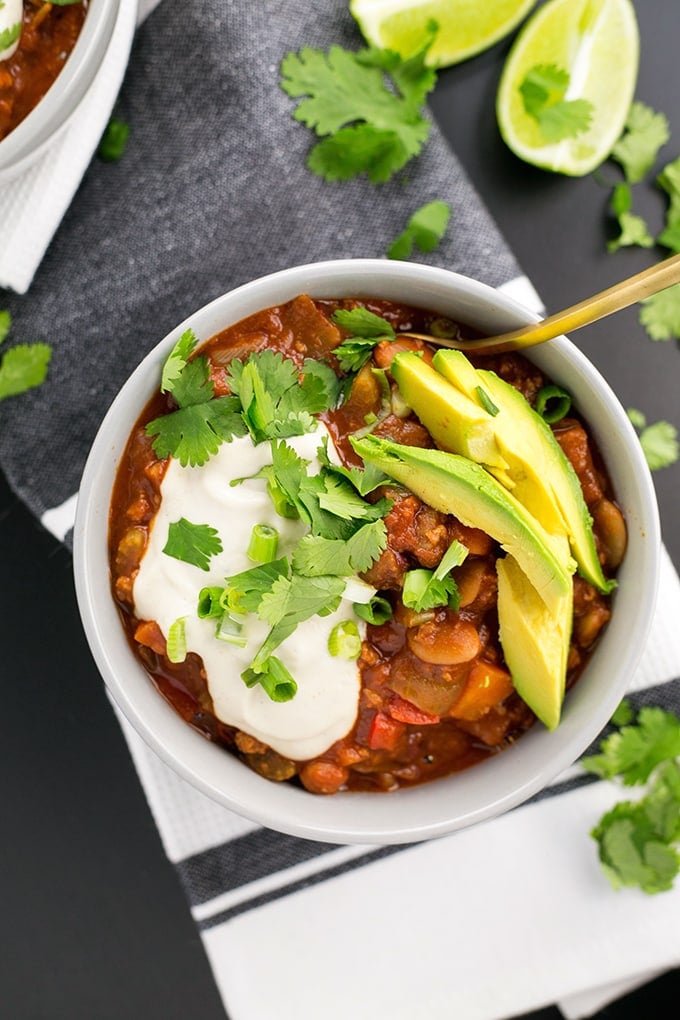 The result is a relatively mild Chili Con Carne, one that will not make your a$$hole cry the next morning. You know what I’m talking about 🙂 But hey, if you’re into that kind of stuff feel free to go WILD and add a bucket of Chilli Powder to this, and KABOOM! Die with a bang, I always say. 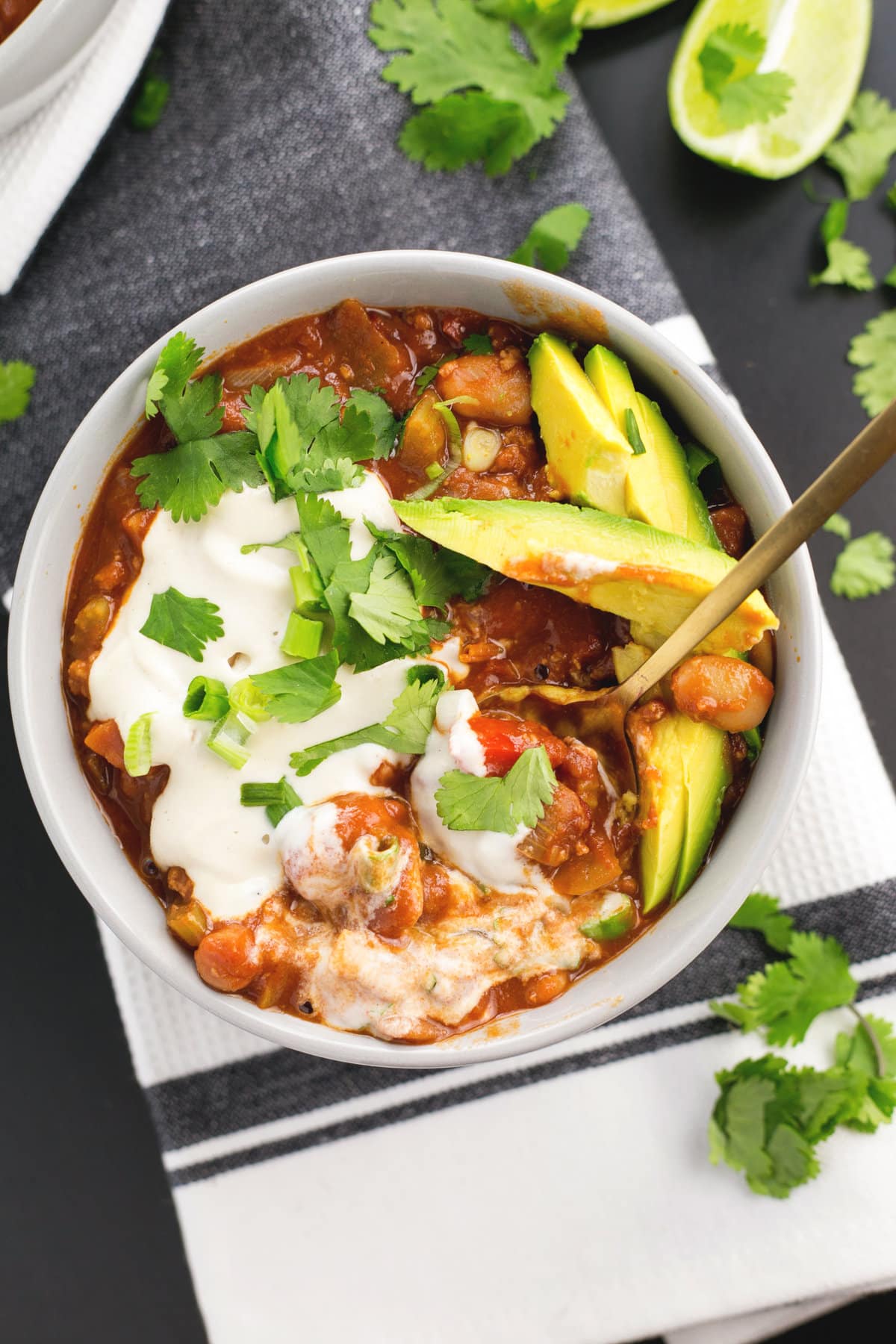 Topped with Cashew Sour Cream, Avocado, Cilantro and Green Onion, this Vegan Chili is pretty hearty in itself and doesn’t need to be served with anything else, but feel free to dip bread or whatever the fk you want into it. I reckon it’ll go well with a side of rice too, but hey, what do I know. So scroll down for my Vegan Chili Con Carne recipe, my fellow cretins.

If you want to set your a s s on fire, feel free to add more Mexican Chili Spice/Chili Powder to the recipe. Good luck though.

SWEET POTATO QUINOA CHILI, recipe now up on the bl

THE THING THAT SHALL NOT BE NAMED has me baking li

Anyone having trouble finding pasta at the grocery